Twin Rudders: An Update after 18 Years 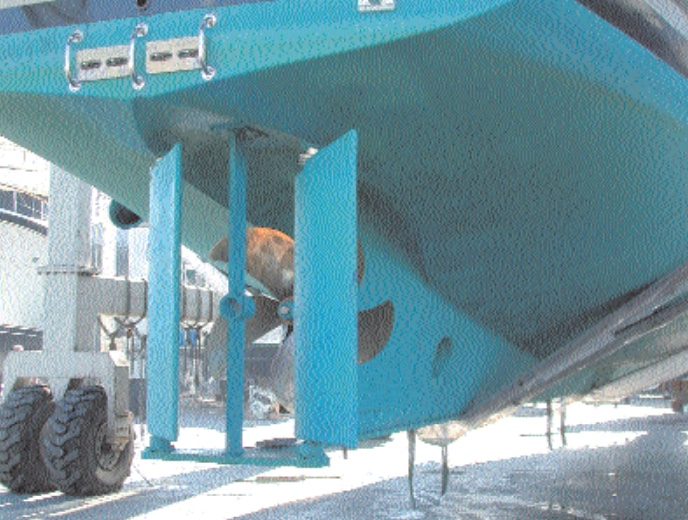 Posted at 18:08h in About MV Starr, Blog by Don and Sharry 1 Comment
Having run Starr for 18 years, including crossing the Atlantic and the Pacific (we are about to start our 10th Pacific crossing), fixing Starr’s steering problem (lack of control) is the single best modification we have made to date.  As I listen to other trawler owners talk about their steering problems and how they might solve them with autopilot adjustments, I wonder if they would be better served by adding flanking rudders or the dual rudder solution we adopted on Starr.

We wrote about making the rudder in Passagemaker many years ago. To recap that project…


We bought Starr 18 years ago and immediately knew the steering was inadequate. The boat would wander and required  a fair amount of counter rudder before it would go straight after making a turn. As a skipper of single screw tugs, I knew this wasn’t how it should handle. Concerned, I spoke with numerous naval architects, particularly those who design rudder systems for slow moving (8 kts) and relatively shallow draft tugboats. These tugs, which typically draw about 6 feet, face many of the same challenges as recreational trawlers . By comparison, most of the 1000+ commercial fishboats operating in the PNW draw 10-12 feet and can thus have much taller, larger rudders. Making the rudder longer, fore to aft, would make control worse.

The naval architects found that the 12 square foot rudder on Starr was marginal at best. Most of the time it should be fine, they said, but in large, closely spaced following seas, the boat might broach. Uncomfortable with the possibility of broaching a 75-foot, 100-ton trawler, we began looking at options to improve the steering system.

Some owners of shallow draft (~6 foot) trawlers have added articulating rudders.  The Naval architects I spoke with cautioned against this approach, explaining that it is like applying flaps on an airplane when a pilot wants more lift when trying to get out of trouble. Instead of improving the situation, an articulating rudder can actually result in “stalling.”

If an airplane needs more lift, the designers make the wing longer and narrower.  Unfortunately we couldn’t make our rudder any deeper than the bottom of our keel or it would be susceptible to damage. To achieve better directional control, tugboat designers often add additional flanking rudders, which on small trawlers tend to be kelp and line catchers, or they add steerable Kort nozzles. Instead, we opted to install a second, identical rudder to Starr. This gave us 24 square feet of rudder area vs the original 12 square feet.  The rudders, spaced 37-inches apart on a 50-inch, 5-bladed prop, are angled one inch into each other giving a slight nozzle effect.

The two rudders required extending the keel shoe in a beaver tail, manta-ray like  shape, which also gives a little more lift to the stern while underway.  Beaver tails are a recent design feature being added to some of the new-build seine boats in the PNW.

Before adding twin rudders to Starr,  it was difficult to hand steer in medium seas and hold a course. With the twin rudders, hand steering in 10-foot seas with a 5 second period and the seas coming from the aft quarter is easy.  During ocean crossings with 20 foot swells,  the autopilot is barely working…..a degree or two here, a degree or so there. We carry an extra Accusteer pump which after 90,000 nm has never been used.

Based on our experience, no amount of adjusting of the autopilot settings would improve steering control  sufficiently. After we made this twin rudder change, Bill Buchan, an Olympic Gold Medal sailor, made the same change on his trawler and is very satisfied with the outcome. I believe a similar approach would greatly improve steering on other similarly sized and designed full-displacement recreational trawlers.