The “Tool of the Year Award” has been contested! 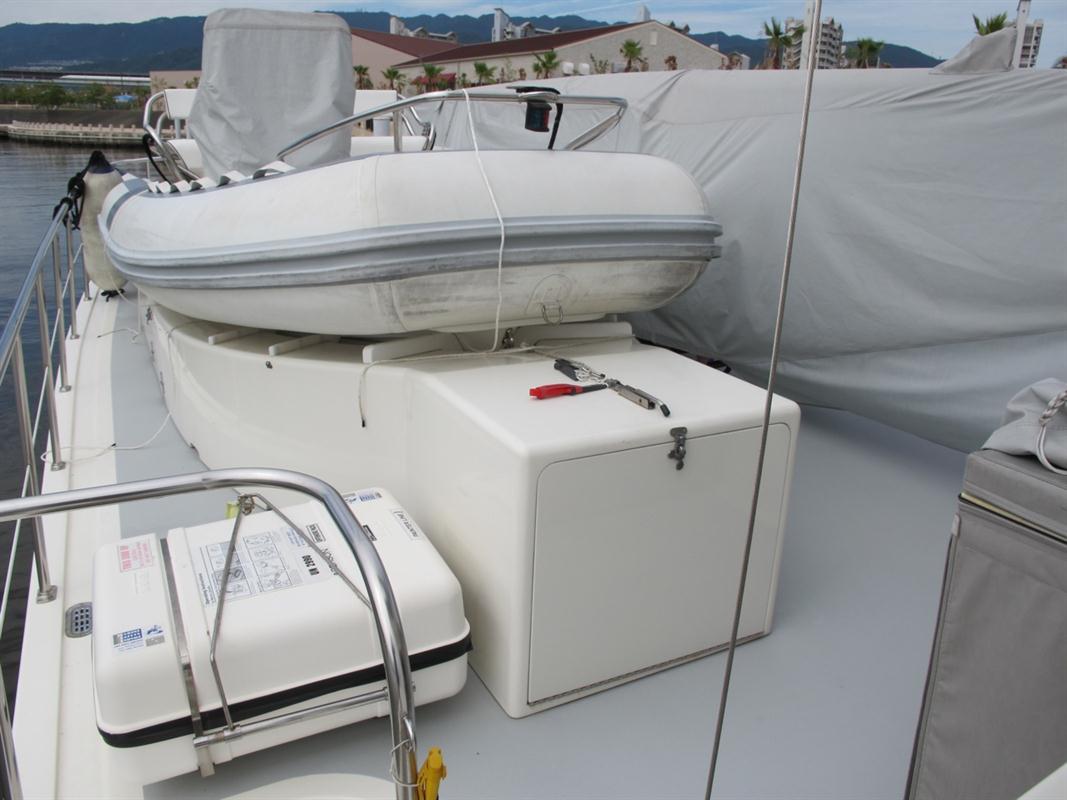 15 Sep The “Tool of the Year Award” has been contested!

Posted at 00:00h in About MV Starr, Blog, Japan by Don and Sharry 3 Comments
The “Tool of the Year Award” has been contested!

AND Barnacles on the Bottom

The Tool of the year award has been contested!

The Yanmar Diesel Emergency Fire and Bilge Pump has lodged an appeal.

WE ARE REQUESTING YOUR INPUT TO SETTLE THIS APPEAL.

Here are the facts:

The water temperature here in Japan’s inland sea is around 80-85 degrees Fahrenheit, and as a result the barnacle growth on Starr’s bottom is impressive. The bottom paint we put on just 12 months ago in Seattle, Sea Hawk Sharkskin, has been useless against this growth.

After we, the (Mini Puppy) and I, did the Muriatic acid flush for the A/C heat exchangers, I proceeded to fill the sea chest with Clorox at full strength and let it soak for a few hours. After the toxic flushing, I then forced fresh water through the sea chest to flush out the pesky barnacles. I thought that would do the trick.

We departed Ashiya at 0830 this morning, and within a half hour the Main engine, Genset and A/C seawater strainers were all plugged with barnacles. It was obvious that the whole sea chest was plugged.

We called to duty our Yanmar Diesel Emergency Fire and Bilge pump. We ran the two-inch hose down to the Engine Room and hooked up to the sea chest manifold. While I was back flushing, My friend James Petron (who with his wife Kat arrived last night from Hawaii) jumped into the water, and with scraper in hand cleared the barnacles from outside the sea water intake grill. (Note: James Petron is a1600 ton licensed tug boat captain working for K Sea Towing in Honolulu.)

We were underway again and so far so good on the seawater cooling front.

So here is the deal:

The appellant, our Yanmar Diesel Emergency Fire/Bilge Pump has listed some of its most critical jobs over the past 10 years on Starr:

In the Bay of Biscay, on the Atlantic Coast of France

It back-flushed the sea chest, which was plugged with coral and barnacles.

Palma, Mallorca in The Balearic Islands in the Mediterranean

It pumped dry a sinking 38ft sailboat, which was going down while at anchor.

It cleared our plugged sea chest.

Back flushing the ER sea chest

In all fairness I must say this mighty diesel pump started on the Very First Pull!!

Not bad for having to spend all of its time in the storage compartment under the bow of the Novurania.

P.S. Upon hearing about this appeal, the Jabsco Minni Puppy has done a complete shut down with a shot seal and a worn out impeller shaft. Not a very good sport. A new one is on order.

The forward 20kw Northern Lights generator heat exchanger also needed to be acid washed due to the barnacle buildup. In this case I couldn’t get the heat exchanger out because of the way the sound enclosure was built, so I jury-rigged hoses to the heat exchanger and acid washed it right in place. Because the Mini Puppy died, I had to use the 24volt Jabsco Continuous Duty Pump that is the back-up pump for the hydraulic cooling system.