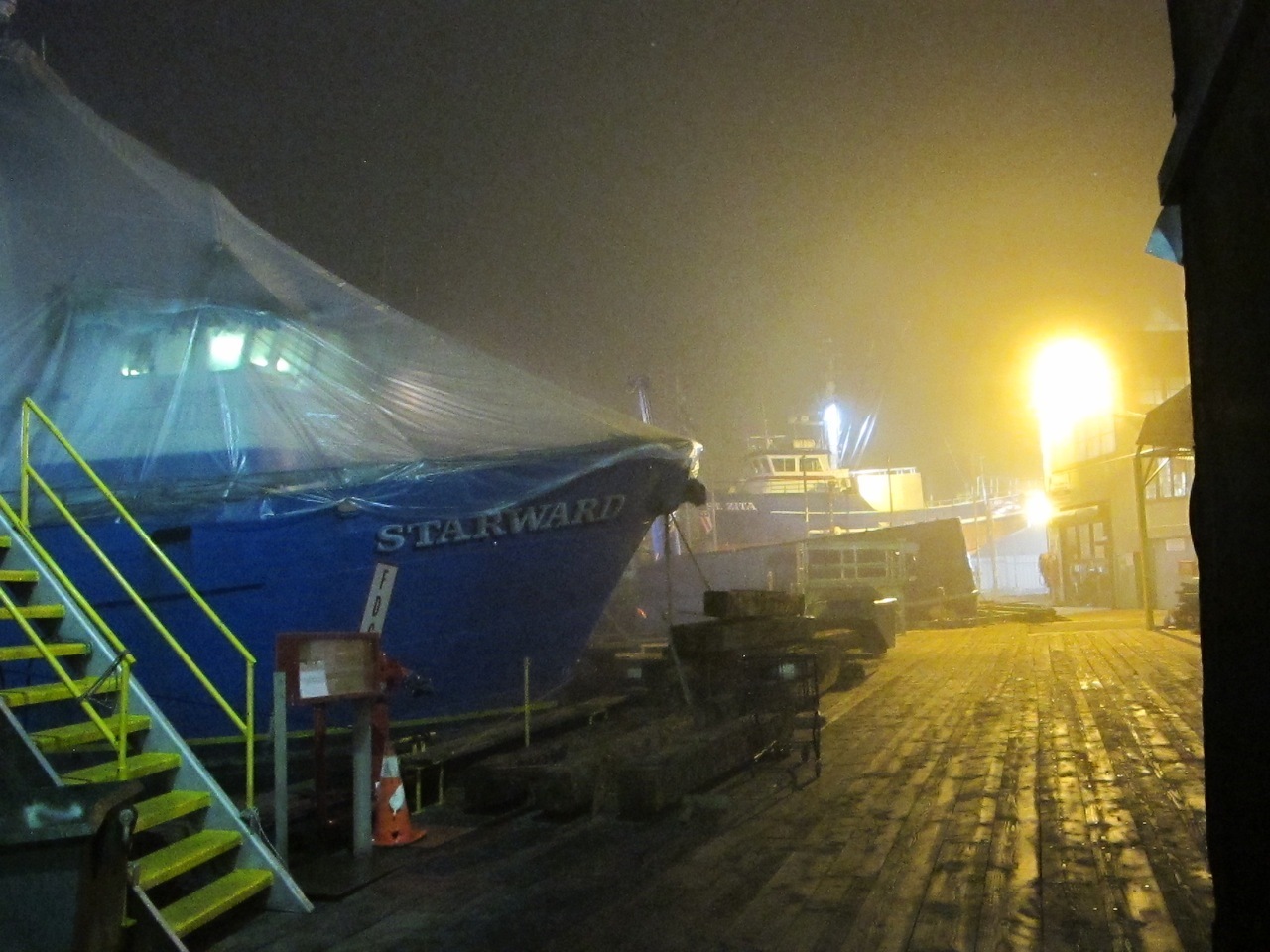 Posted at 00:00h in About MV Starr, Blog by Don and Sharry 0 Comments
Starr Refit Blog #5 – Commuting to work on Starr

Ballard is, in my completely biased opinion, the Center of the Maritime Universe.

I’ve been commuting to work across the 550 ft. wide Ballard Ship Canal. The canal is named the Lake Washington Ship Canal on the NOAH charts, but what do they know?

My commute from SBMC to PacFish is a distance of 1,965 feet.

Welcome to our neighborhood of Ballard

Go to Google Earth and type in the addresss SBMC, Seattle

Home for Sharry and I is at SBMC, on the top floor of a small 3 story building which is 15ft from the edge of the Ballard Ship Canal. We watch every boat or ship that comes and goes from Puget Sound into the Seattle’s inner waterways.

Starr in front of our home at SBMC

This is what I walk past on my way to work on Starr.

Starlite ready to head back to Dutch Harbor

Starr is in shed right behind St. Zita

One of our boats at SBMC is a little tug boat which we call “Tuggy Toot:” Steve Seaton re-designed Tuggy for us about 20 years ago and we got special permission to paint him in the “official” colors of Foss Maritime, green and white, whose towing fleet homeports a mile East of us on the ship canal. If I have heavy or dirty gear to transfer across the canal I use Tuggy. I either load up the tug or load a small barge and push it across.

Tuggy is a converted Log Bronc, used in the Logging Industry. It has a Z drive located just below where I stand when running it. The steering is hydraulic with a jog stick, and Tuggy can thrust full power anywhere in a 360 degree radius. It is 14 ft long, with a 7ft beam and 6ft draft. Powered by a Detroit Diesel 3-71, it turns a 24in- 4 blade prop , using a modified Kort nozzle, which gives it a bollard pull of around 3000 pounds. “Little” Tuggy weighs 16,000 LBS.

The alternate boat that I use for my commute is a 26 ft Bertram Launch called Westwater; this is commuting with “Class”.

Before moving to SBMC, we lived in a waterfront home in Medina, a beautiful waterfront community on the edge of Lake Washington 30 minutes from SBMC; Medina is most famous as the location of Bill and Melinda Gates home. We wouldn’t trade our home here on the ship canal even if Bill Gates offered us his home in Media!

Life is Good in Ballard!