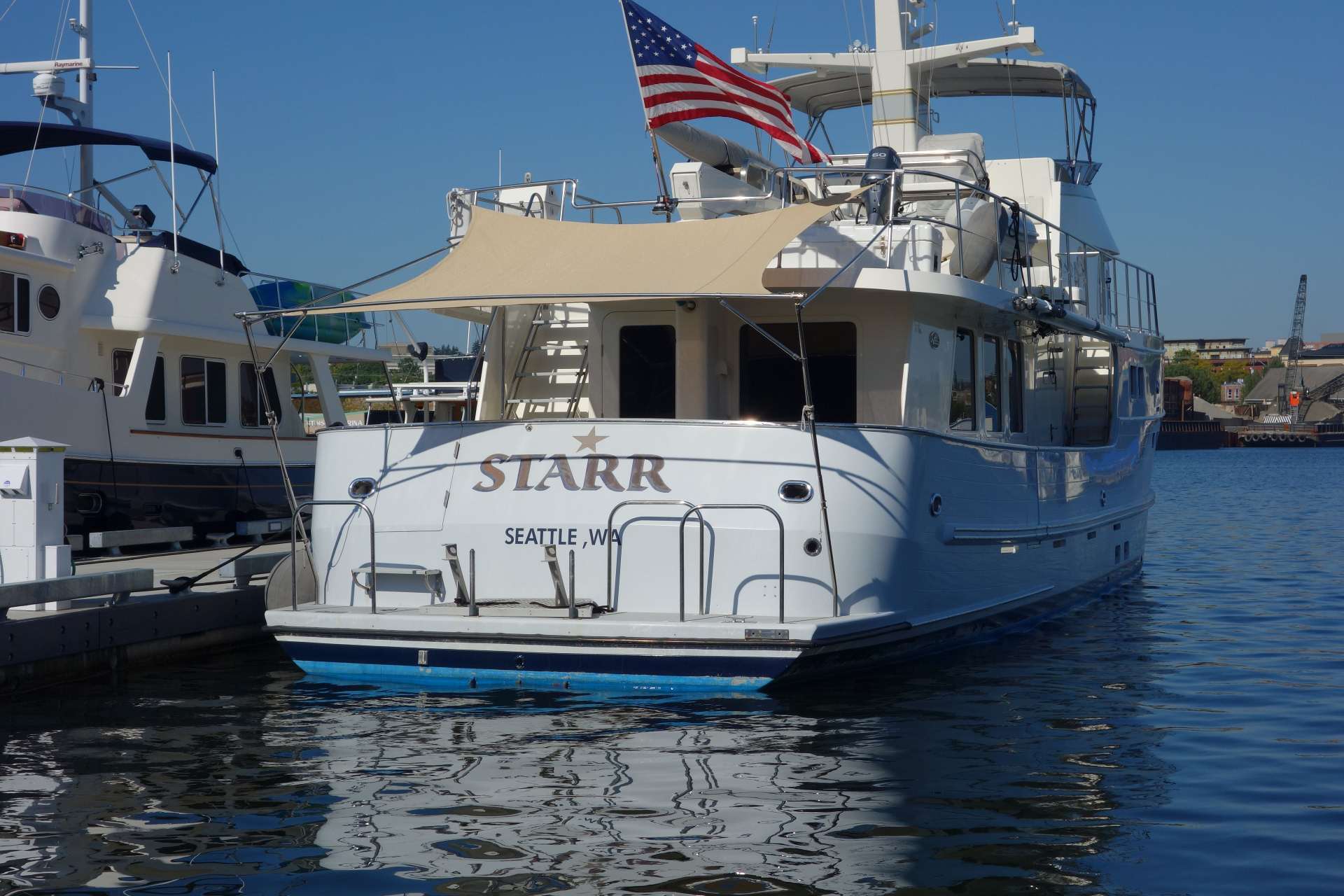 Posted at 00:00h in About MV Starr, Blog by Don and Sharry 0 Comments
“The Adventures and Follies of an Amateur Boat Re-Builder”

Starr is now back home at Salmon Bay Maine Center (SBMC) in Seattle. We have been cruising Starr since September of 2000, traveling to the South Pacific, Europe and, Japan. Starr has spent the past two years cruising in the Hawaiian Islands, with our Homeport at Waikiki Yacht Club. After all these years of cruising, Starr needs an extensive refit and a complete painting of the exterior.

After cruising more than 60,000nm the single main engine, a Cummins NTA 855, rolled past 10,000 hours a month ago. It was time for Starr’s insurance renewal and our insurance company required an engine analysis before they would extend the $50,000 machinery inclusion. We had a top level Cummings mechanic do a thorough analysis, including a sea trial at wide open throttle, and his report was that the engine is like new; he has seen Cummins 855’s run for 35,000 to 50,000 hours if well managed. I love that Cummins engine!

After our arrival after crossing the Pacific from Hawaii in August, we cruised in British Columbia for several weeks before returning home to Seattle. We pulled into SBMC on September 12, and immediately started stripping Starr of all exterior hardware, deck boxes, tenders, etc in preparation for Starr’s refit.

Starr upon arrival at SBMC

The refit includes the following: (you can skip going over this list unless you’re a boat nut):

After 2 weeks Starr was bare-naked and ready for haul out.

Removing a part of the rail

Our 3000 sf warehouse was looking pretty full, with all of the “stuff” we removed from Starr, including an abundance of spare parts. Needless to say, a good amount of what came off won’t go back on board.

I’ve been struggling about whether to extend Starr from 75 ft up to 80 ft and have been working with Steve Seaton, the original designer. The issue is that Sharry and I want a more comfortable back deck eating area, out of the sun and rain. We also want a rail that is low enough to see over comfortably when sitting. The current rail is as high as 38 in.

Starr as the current 75 ft

We have decided that the 80 ft design just didn’t look right; Starr is only 18.5 ft wide and she looked too long and narrow, so here is what we are doing:

Cutting down the aft rail by 4 in, and adding 5 ft to the top deck overhang for sun and rain protection.

Extending the swim step 24 in

I also am modifying all of the deck drains, which I’ll talk about in a later entry.

Today is October 1, and my pal Randy Madison and I started cutting down the rail and cutting out the stern cabinets.

Randy ready to cut down the rail

Part of the stern rail cut down

The railing totally cut down

The stern cabinets are mostly gone

The upper deck is cut

The piece of the original deck we cut off

I’ll try to keep up with postings so you can follow the process.

Steve D’Antonio’s will fly to Seattle to do a survey of Starr. OMG what is he going to come up with?