Starr Passage from Seattle to Honolulu – October 27 – Day One 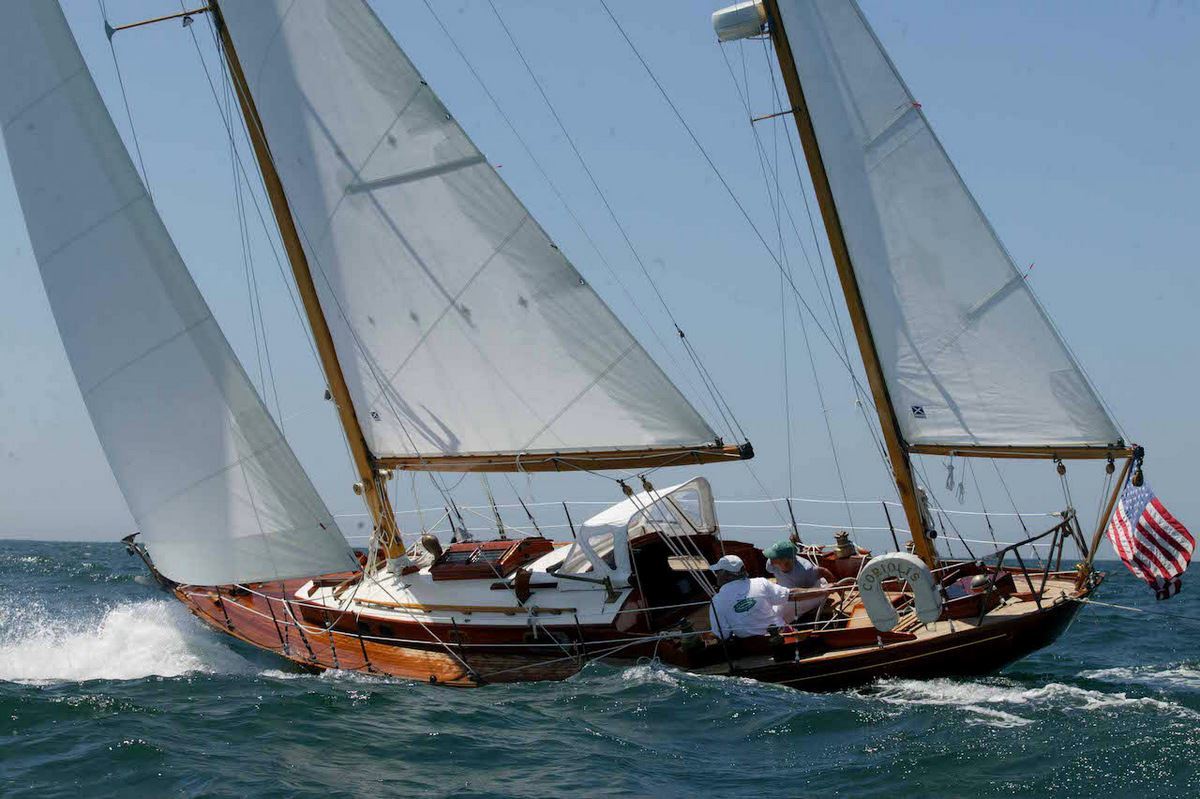 Posted at 09:26h in Blog, Seattle by Don and Sharry 6 Comments
Starr Passage from Seattle to Honolulu

Our two friends Mike (Brownie) Brown and Douglas (Duke) Adkins are our “Fresh Crew”, joining us for our passage from SBMC to our alternative homeport in Honolulu. Both are experienced passage makers and CCA members who grew up sailing in the Pacific Northwest. Brownie was, for a time, a commercial fisherman and charter boat owner before embarking upon a distinguished career in technology. His Little Harbor 53 Wings has taken him broadly on both American coasts and he has joined others in extensive passages across the Pacific. Duke and his bride have owned the Concordia 41 Yawl Coriolis for 35 years and have sailed her on both the East and West Coasts. He has crossed the Atlantic, sailed in the Baltic and North Sea and ventured north of the Arctic Circle. Both of the “Fresh Crew” can hardly believe they are so warm and comfortable aboard Starr as they begin this fall passage gazing from the bridge, sheltered from the rain and wind.

Coriolis in Naragansett Bay
Duke at the helm
Wings
Brownie at the helm
For the last two weeks we have been studying PredictWind and talking to our weather router friends in an attempt to pick the best time to depart, and it now finally looks like there might be a break this weekend when we can get down to San Francisco and then

wait for the next weather opening. So we left at 0500 this morning, the 27th of October.

M/V Starr ready to depart SBMC for Honolulu
Brownie, Doug, Sharry, and Don
Meanwhile, with the extra time available to us before departure, we were able to tackle some of the small jobs that we’ve been putting off over the years:

Doug worked on the communications equipment setting us up to receive weather reports, installed a new running light on the top of the mast and changed the battery switches in the lazarette and reviewed the medical kit while Brownie and I rerouted the alternator feed cable to the start battery.

Electrician’s Mate Douglas Adkins at the mast
Mindful that Captain Cook made use of a Fothering blanket to cover a hole in the HMS Endeavor when it grounded on the Great Barrier Reef in 1770, the crew felt Starr should have one as well. So Brownie had two of these made from one of the old sails on Wings, his Ted Hood Little Harbor 53. We now have two triangular Fothering patches in our safety locker, one 5 1/2 feet and the other 13 feet on each leg, complete with 50 foot lines to position the patches under the boat where needed. (Tipping our hat to progress, we used leaded line and scuba weights, which may have been unavailable to Captain Cook).

Fothering patch – “Dodge Morgan’s Sail” (look up Dodge Morgan, previous owner of Wings, on the internet)
Staysail serving as Fothering Patch
While we’ve never had to use our sea anchor or flopper stopper’s at sea, in the spirit of preparation, Brownie and Don also re-rigged these to make it easier and safer to launch the fish from the swim step.

Special Thanks to James Elliingford for posting this Blog Entry for us and please remember you can now track our location live 24/7 as we make our crossing towards Hawaii. CLICK HERE