Starr is heading back to Seattle 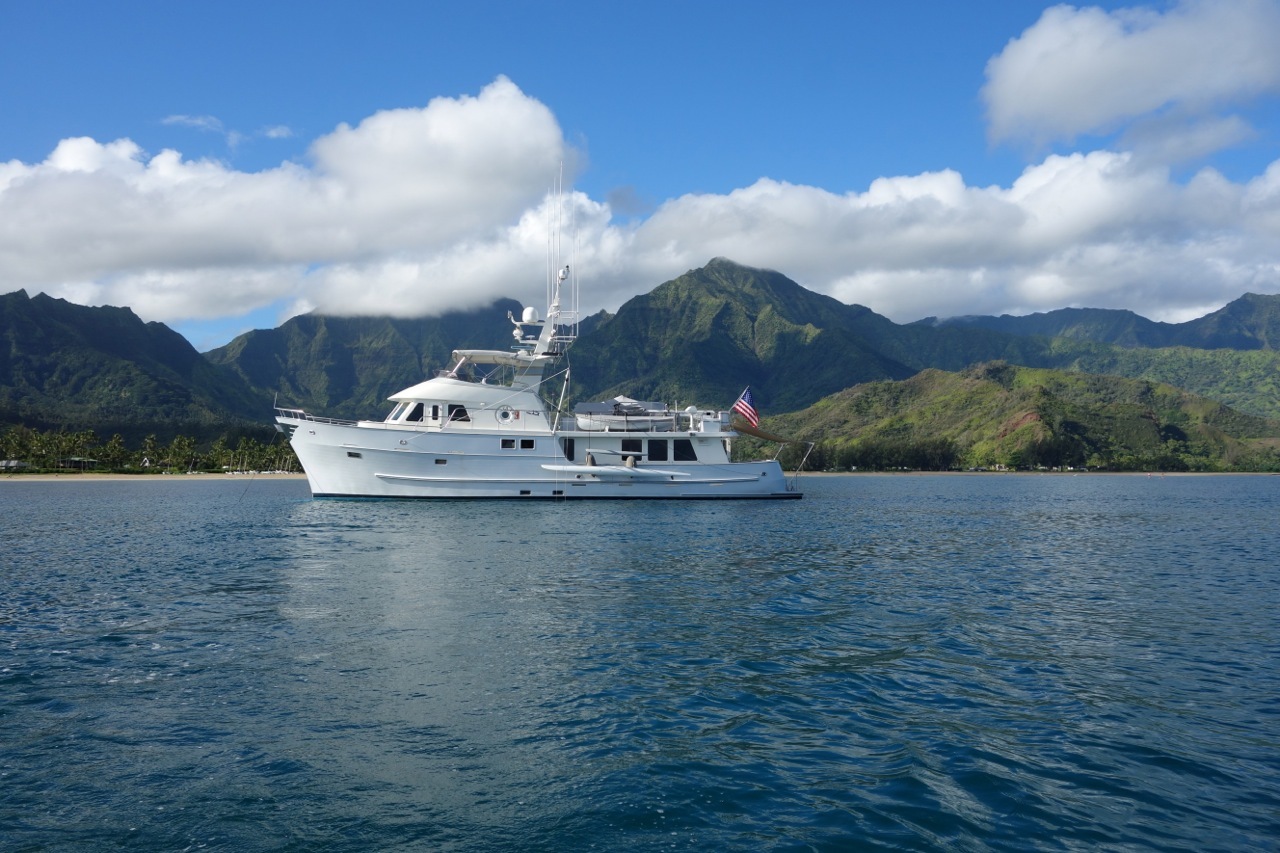 15 Aug Starr is heading back to Seattle

Starr is heading back to Seattle

We have spent the last three weeks at anchor in Hanalei Bay, on the North Shore of Kauai. Starr departed from Nawilliwilli, Kauai today at 1330, and will make the two-week run back to the Pacific NW. We hope to join our CCA friends on the Pacific NW Fall cruise on the Sunshine Coast of BC before returning home to SBMC.

It’s been two short years since we pulled into Honolulu from Japan. I know that we haven’t posted many messages during our past two years cruising around in Hawaii and we have no excuses…It’s not that we have been tied up to the dock doing nothing. It’s just been more of a quiet phase.

We have explored the islands and added another 1800nm under our keel visiting almost all of the little notches in the coastline that are called “anchorages” in Hawaii. Best of all has been making Waikiki Yacht Club our Homeport, and meeting many people from Hawaii and from all over the world. WYC is unique because it the Crossroads of the Pacific.

Our plans upon our return to Seattle are to haul Starr and do a complete refit, including a new paint job. Next summer we will cruise back up to Alaska, before returning to Hawaii via the South Pacific. We look forward to retuning to Hawaii to rejoin our WYC friends.

Cruising with us on Starr are two friends from Honolulu:

David Schmidt – Dave is a former Coast Guard man, and was an engineer on tugboats in Hawaii. We met Dave on the docks at the Waikiki Yacht Club shortly after our arrival in Honolulu in 2009, and he was our “boat-watch guy” when we would fly home to Seattle. Dave stayed on Starr in Japan during a short trip home in the summer of 2010, and was part of our “crew” of friends who helped bring Starr back to Hawaii from Japan in 2011.

John Ruscetta – Dave introduced us to his friend John, just recently. We were looking for a 4th crewmember who is a diver, to come with us on this passage (in case we ran into tsunami debris that required a diver to clear, like a rope wrapped around the prop). John is a professional driver, is Captain of a commercial dive boat in Honolulu, and has always wanted to do an ocean crossing. We are happy to have him with us.