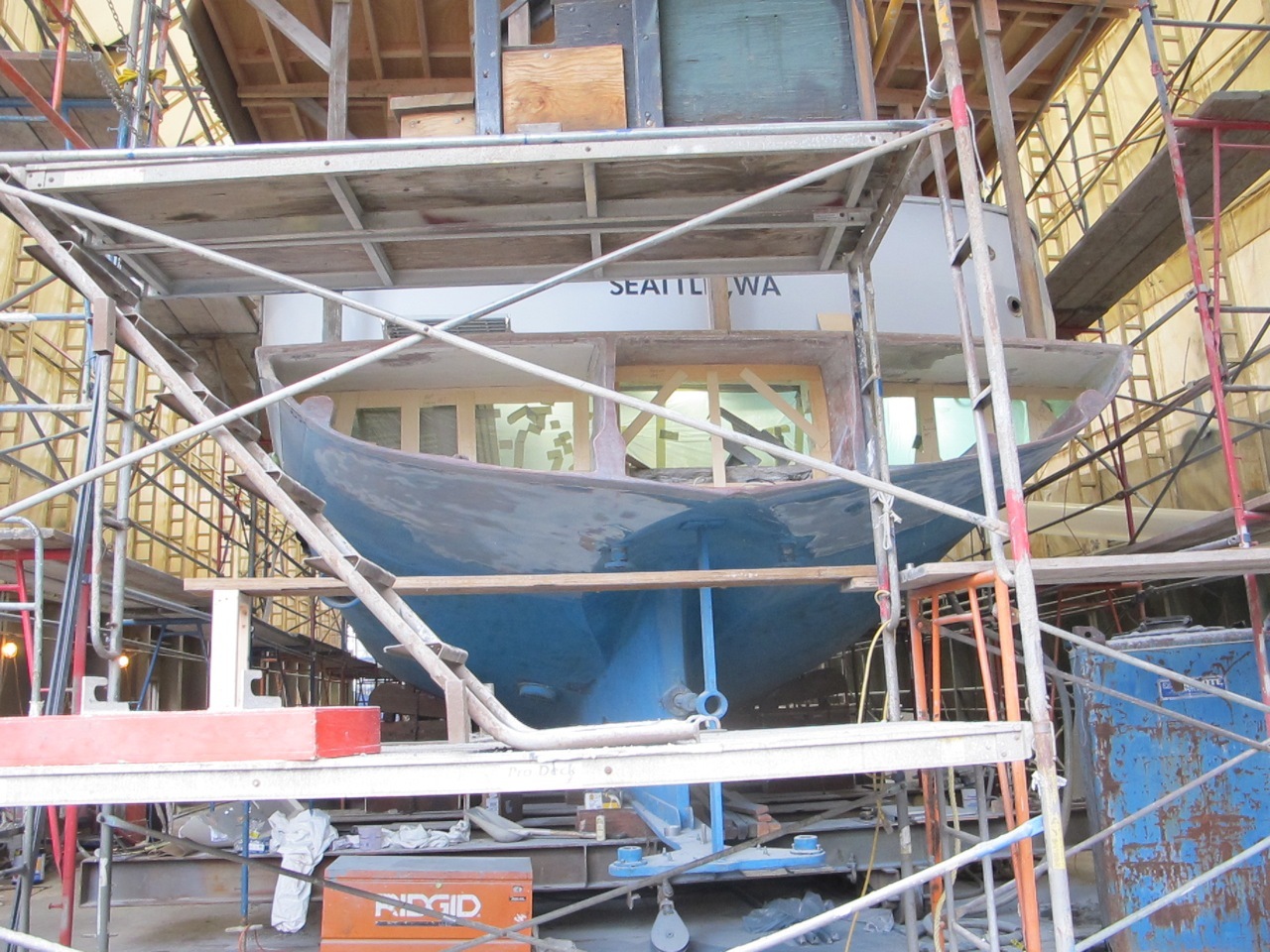 Below is some of what we accomplished this week:

Dana Lebo and Bill Kennedy, owners of All Points Marine (APM), along with their crew made good progress on the glassing of the top deck extension.

The top deck form that Randy and I built was PVA primed, waxed and then gel coated.

We are using a 50 gal. drum of vinyl ester resin. If you want to know more detail about resins you can read this:

The second layer of 2408 biaxial cloth

Paul Fredrickson, our consultant, was onboard Starr helping to detail the fiberglass connections.

Paul has been a yacht designer and fiberglass yacht construction expert for many large vessels in the Pacific Northwest, and is a great help with our refit.

We progressed in our work on the Deck drains with the inset of 1 1/2 in green thread FRP pipe.

We reused the original back rail cap. This involved trimming in some areas and building up in other areas.

One of the workers said that he thought the adhesive was strong enough that we would be able to lift Starr from her railing.

Randy made up templates for the new stern bulkheads.

The stern is ready for our mold to do the 24 inch extension.

The transom is ready for the extension

Dana Lebo is a hard working business owner who works with his guys; Dana takes on the more difficult tasks. While Dana was doing the glassing, others on his crew were either grinding out old cracks or doing masking in preparation for priming and painting.

Steve D’Antonio sent me his 20-page report, accompanied by over 500 photos. There are many valuable observations that I will be addressing, and I will be sharing them with you at a later date.

Sharry and I are off to Ft Lauderdale on Wednesday to attend the boat show.