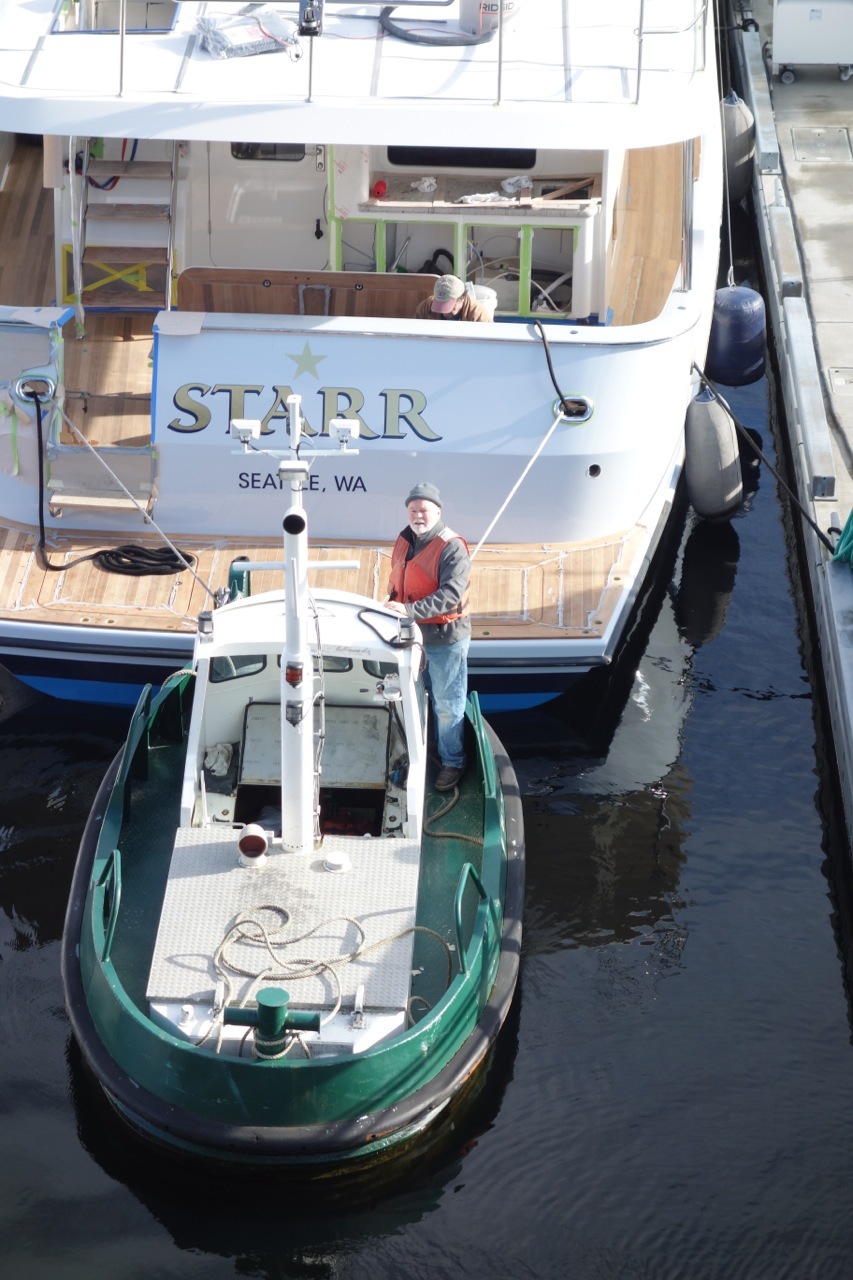 After 5 1/2 months on the hard in the shed at Pacific Fishermen’s Shipyard, we have finally SPLASHED!

Dave and I are feeling pretty good.

I was on the job at 0600, doing one more check to make sure that all was ready. It was still dark out, but it looked like a good day ahead.

Starr is ready to roll out

The PacFish crew was ready to winch us out to the syncrolift.

Don and the PacFish Brass

First, Tuggy had to move a big fishing boat which was blocking its way, so Starr could move off the syncrolift.

All of our systems in the engine room were still disconnected, so we had to use Tuggy and our Bertram launch to bring Starr home.

Brooke, my son, used the Bertram to handle the bow (like a bow thruster), while I used Tuggy on the stern, pulling in reverse.

Having the Z drive in the tug makes boat handling easy.

Back in Starr’s slip at home at SBMC

It’s really good to have Starr back home (our view from our loft).

As I write this blog I notice that Golden Alaska which is tied up next to the Ballard bridge, has just returned from the Aleutians.

God, I love this neighborhood!

Starr and Golden Alaska, both home on the same day.

Now we are working really hard putting Starr back together again!