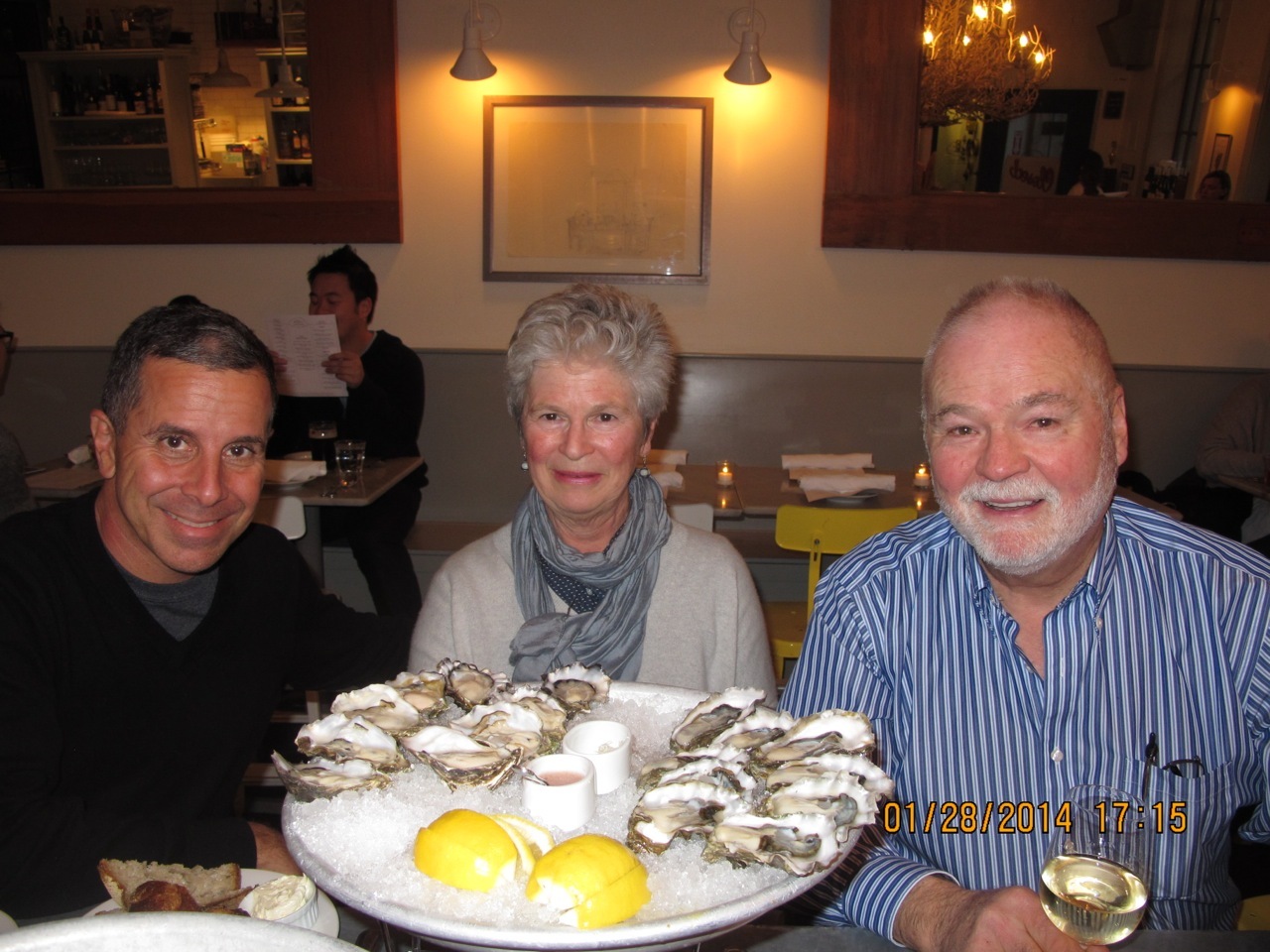 Weeks of January 17-February 9 – The Pace is Picking Up.

(Note: A Get-Home Drive also known as an Auxiliary Prop Drive, is a hydraulically driven, clutched gear box that is mounted in a vessel’s main drive line and provides power to turn the vessels propeller by means of auxiliary engine horsepower when the main propulsion system is shut down or disabled. It also allows for driving the vessel at low speeds, where it is undesirable to operate a large main engine, at or near idle speed for extended periods of time.)

Will it fit? We knew it would be close.

Dave Wright, the ABT/TRAC service manager, thought it should fit and agreed that if it didn’t they would take it back! The Get-Home Drive ready for the “fit test”

Dave and I pulled the shaft and dropped it in and it fits!

I asked Doug Janes of Janes Marine , my “Main Man” when it comes to my Naiad Stabilizers, to take a look at what we were doing with our stabilizers, and also to make any recommendations that he might have on installing the ABT Get-Home Drive.

Doug has been one of my mentors, and the guy is not only a super person but he is also a mechanical genius! He has always been ready to share with me many of his hard earned tricks. For example: Doug has devised a way to drop and replace a 24 sq. ft. stabilizer fin by himself, without the use of a forklift. He uses a combination of gadgets he carries in a golf bag, so he can jump on a plane and have his 600 ft/lb torque wrench and his pullers at hand.

Doug with his bag of stabilizer tricks, which also includes his 10-ton power pack.

The Traveling Bag of Tricks

Northern Lights Diesel headquarters is within walking distance down from Salmon Bay Marine Center (SBMC). Another highly respected engine expert and teacher, Bob Senter, came to Starr to offer advice and support. Bob is well known in the powerboat cruising world, as a foremost expert in his field of Diesel Engines (he knows them all).

Bob Senter, advising me on my generator exhaust modifications.

We had Philip Strnard, from Always Perfect recover the new wheelhouse consol, and it looks great. Philip is doing all of the new wheelhouse (consol and settee) and the flybridge cushions as well. Philip had just finished doing a Delta 165 ft and his work is great.

The new Monitors are in place,and Sharry gives it the thumbs up.

Inside, we are replacing all of the bathroom vanity tops. Here, Randy Madison is ripping out the old countertops and preparing for the new.

Outside, our All Points Marine (APM) crew are finishing applying the primer coat. It’s not quite as dusty, but we still have to do the fine 320 grit sanding before the topcoat of AwlGrip can go on.

The Aft deck soffit all primed.

Last week Steve D’Antonio and I spent 2 1/2 days Interviewing and documenting the Ballard Maritime Service Industry for a magazine article that Steve is working on.

We limited ourselves to just a one mile radius from SBMC, and were blown away with what we learned! I have been doing business with most of these maritime service providers for much of my life, but I’ve never taken the time to learn about the nitty-gritty of the history and scope of business for these companies. I can tell you that if I had a boat anywhere within 2000 nm of Seattle, and I wanted the very best in marine repair and refit, I would do exactly what our Alaska Commercial Fishing Fleet have been doing for the past 100 years…and that is head to Ballard!

After we made our whirlwind tour of the Ballard Ship Canal Maritime neighborhood we had a chance to celebrate.

Steve D’Antonio, Sharry and I at The Walrus and the Carpenter, another fine Marine Service Provider in Ballard

You will be able to read Steve’s take on this in the near future; I will let you know when his article has been published.

I will also write some short blog entries about the Ballard Ship Canal Maritime Service Companies that we interviewed.