Rataro’s Dream – Canoes for Ua Pou in the Marquesas Islands 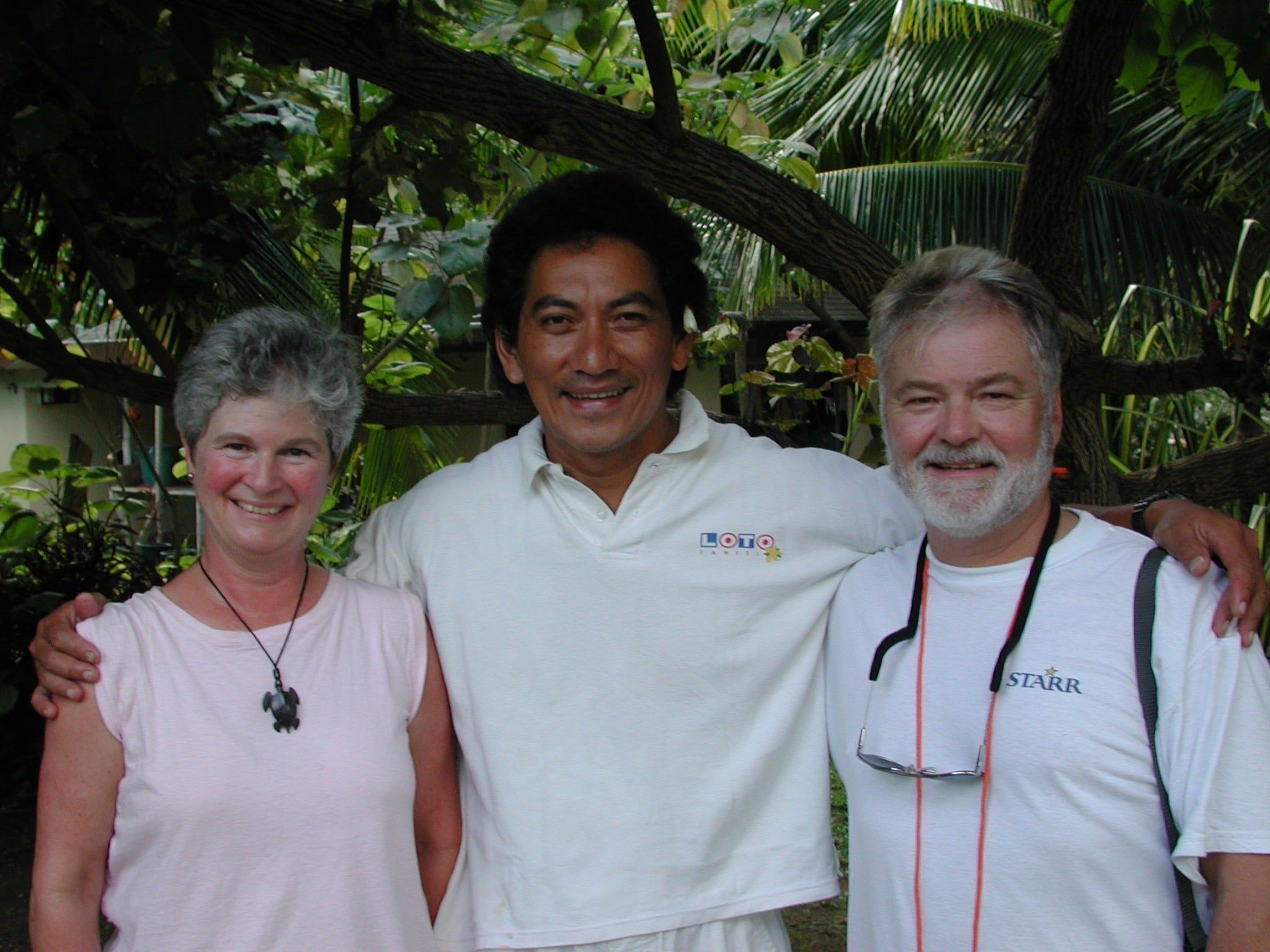 To celebrate this we’ve republished one of our favorite adventures and the changes it brought to the islands. We hope to visit this paradise again now COVID  finally appears to be coming to an end.

Starr arrived in the Marquesas at the end of March 2001. In early April we pulled into Ua Pou and dropped the hook in Hakahau.

When we anchored, the first person we met was Rataro Ohotoua. He was out paddling with his canoe team on an OC6 (Ocean Canoe six). They waved to us and after a quick chat Sharry and I were invited to a “Kai Kai” (Banquet) to raise money for the Canoe club.

We learned that Rataro started the local canoe club and led the building project on the beach for a canoe house and living quarters for the young men of the island. Over the next couple of weeks we learned how special this charismatic guy was.

Rataro is a registered nurse and the head of the island clinic.  On top of that, he was a singer-performer and had a band and dance group that toured all over French Polynesia.

The canoe club he built had a goal of keeping the young men out of trouble by building team spirit; but all of the club boats were poor hand-me-down’s so not exactly world class!

We learned there were virtually no jobs available on the island for the young men, but top paddlers could get full-time employment in Tahiti (750 miles away) working for the government sports department. To qualify for those positions, they had to show their paddling skills which was impossible using the beat up, hand me down canoes.

I suggested that maybe the club could build their own canoes and Rataro said “That’s a good Idea, how do we do that?”

That was the beginning of a 14-month canoe building project which led to our returning to Ua Pou more than half a dozen times.

We started by contacting Janicki Industries in Sedro-Woolley Washington. Janicki built the molds for the America Cup boats.

The folks at Janicki offered to build the canoe molds for free, but the tough part was no one had drawings and specs for the racing molds they would share.

The quest for knowledge about OC6 led us to all sorts of great people in various parts of the country starting with the Lanikai Canoe club on Oahu where club members did their best to educate us about what makes a fast canoe. As we made our way to New Zealand, each island we stopped at we would find their canoe clubs and meet their leaders. Wow! did we get an education! Talk about canoe passion in the Pacific islands!

When we got to Auckland, we immediately connected with the local canoe clubs and met Kris Kjeldsen, owner of Maona Nui Canoes in Tutukaka. Kris agreed to build us an OC6 and to donate an OC1 mold as well!.

When the Canoe was finished, we loaded it onto Asteria, a 160’ Tugboat converted into an exploration Yacht in Whangarei, NZ by my brother Dan Stabbert.

Sharry and I joined Asteria for the final leg to Ua Pou and handed the OC6 and the OC1 mold over to some very happy club boys.

During this whole process Kris Kjeldsen caught the bug and volunteered to fly his whole family over and teach the islanders how to splash the mold and build both the OC six and the OC one canoes.

It is definitely one of Sharry and my most treasured memories to see the guys paddle that canoe for the first time, those smiles were incredible!

We returned several years later on the vessel Aranui and met with Ratero. We were thrilled to learn that more than 20 canoes had been built and several islanders had successfully gone onto to work with the School department in Tahiti.

The padding skills and the canoes so many people put their heart and soul into building had been a catalyst to not only begin to fulfil Ratero’s dream “keeping the young men out of trouble” – but had the ending of inspiring the new generation of Ua Pou to fulfill their dreams.