Our 8th day at Sea 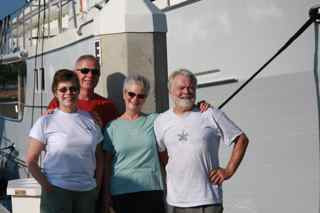 Posted at 00:00h in Blog, Hawaii, Marshall Islands by Don and Sharry 1 Comment

What do you do all day when Starr is crossing an ocean? Often people ask me this question, in particular my friends who have never made an ocean passage. The days are both the same and varied, and 24hrs. slides by much too quickly. I will describe a “typical day”.