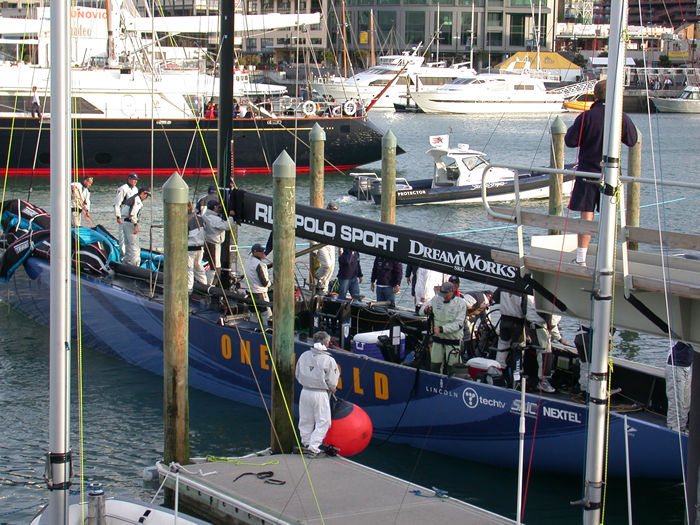 Posted at 12:44h in Blog, New Zealand by Don and Sharry 0 Comments

Opua: Oct. 23-24 – Time to explore with Ross and Dave before they leave Starr. We rent a car and drive North to Awanui, via Whangaroa and Kerikeri. We stop for lunch at the “world famous” Mangonui Fish Shop and back to Opua by dinner time. Ross and Dave leave the next day to do some touring of the North Island before they head home to Washington State, Ross to Vancouver and Dave to Friday Harbor. Don and I hike from Opua to Paihia and then take Starr across the bay to Russell.

Russell: Oct. 25-26 – Deja vu, this feels just like last year, same time/same place. We arrived in Russell last year just in time for the big Lindaur Coastal Classic sailboat race from Auckland to Russell, and we are anchored in Russell as the sailboats come in on Friday night and Saturday. We go ashore and “tramp” each day and go out to dinner at Kamakura in Russell. Friday night a really strange thing happens: I comment that the family at the table next to us are a really handsome family and the sister and brother seem to be good friends. I offer to take their picture with their camera and we strike up a conversation. Jim, Mary Chelsea (age 13) and Ross (age 10) Davidson are an American family who are on the final legs of an around-the-world trip. But get this: Jim grew up in Kirkland and are family friends of Bill and JoMae Woods and Dick and Pat Shinstrom. We arrange to meet with them tomorrow and do some “tramping” together. In the morning before they come out to Starr for lunch, we call Bill Woods and ask about them; we learn from Bill that Jim has called his mom, who has called Bill to check up on us. We have a great day together.

Tutukaka: Oct. 27 – We stop in Tutukaka for Sunday and have our friend and canoe builder, Kris, his wife, Ally, the babies Kiela and Alia, and Jason and Kapuna all over to Starr for dinner. It is great to see them since we missed them in Ua Pou and we have a chance to hear their stories about the Hoe and Kris’ teaching the guys at the Canoe Club how to build OC 1 canoes.

Whangerei: Oct 28-30 – We leave Tutukaka by 0800 since a front is supposed to come in in the afternoon. As we approach the channel to Whangerei, the wind is on our bow at 27 knts. We enjoy the cruise up the river and end up mooring at the same dock at McRae’s Engineering where Asteria was retrofitted. We spend several days visiting with friends, Brian and Jude from Dione Star (whom we met in Fakarava) and with Grant Willis, who built and installed the interior cabinets and did the fine woodworking on Asteria, and his wife, Tracy Barnier-Willis who did the interior design work. We meet Graham and Robin Bowkett, from whom Dan Stabbert purchased Asteria.

Kawaii Island: Oct. 31 – We have a beautiful cruise South, stopping at Kawaii Island to anchor for the night. The day reminds me of crossing the Strait of Juan de Fuca to Victoria in late spring or early summer.

Auckland: Nov. 1-14 – We watch our first race in the Louis Vuitton Challenger Series on our final cruise on down to Auckland. Unfortunately the race we see is the one in which One World Challenge runs over their spinnaker and loses to the French team, Le Defi Areva. (It is the first and maybe the only race that Le Defi wins in the LV series. They are the first syndicate to be eliminated from the challenge). Not a good way to start our experience of the America’s Cup in New Zealand. We arrive at Westhaven Marina in Auckland in the early afternoon and secure our reserved slip, just a short walk away from America’s Cup Village.

We spend the two weeks in Auckland, before heading home to Seattle, visiting with our “boatie” friends and enjoying the excitement and energy of the America’s Cup activities. We drive up to Gulf Harbor and see Jim and Jo Wallace on MV Atlas (we met in the Tuamotus in 2001), and Mayer Page on SY Lady Kathryn (we met in Auckland in 2001), and David Dobson on SY Kanaloa (we met in at Orams in 2001). We have Neil and Kirsty Morris, who worked for us when Starr was at Orams in 2001, over to Starr for dinner. We also have Kath and Andy Williamson over to Starr for dinner; Andy worked on Starr at Orams and Kath runs Reid Yacht Services and helped us out many times both in 2001 and during our current stay. We meet Kerry Dobbs of Royal Akarana Yacht Club and have him over to Starr for coffee. In our many visits to the OWC headquarters we see Brian Ledbetter (from Seattle)and Andrew and Vanessa Taylor (Kiwis who we first met in Kirkland, Wa) who are on the team. A group from SYC comes to town and we go to dinner, out on the spectator boat and just “hang out” with the group which includes Dwight and Michele Shaw, Cheryl Rice, Chris and Shawn Otorowski, Everett and Lise Johnson, Bill Heylman and his father Warren Heylman, Bates McKee and Kelly Henson (among others). Kelly takes pictures of Starr along side of Tatoosh, the two SYC yachts that come to Auckland on their own bottoms.

Don does maintenance on Starr, including tearing the generator apart in order to repair the rear seals and pickling the watermaker. I scrub, clean and organize. We walk and jog each day all over town and eat out in the many fine restaurants in Auckland.

Don also meet with Craig Parks at Orams to try to resolve warrantee issues regarding work done on Starr in 2001; Orams wasn’t willing to back up work done by themselves or by their subcontractors. When Starr was stripped down to paint, we took all of the cleats and chocks off Starr and had them electroplated. After cruising for several months we noticed that the chrome was coming off. Orams was not willing to have them re-plated and said that the chrome was “supposed to wear off”. Another major issue was the portlights in our master stateroom that shattered on Starr’s passage from Auckland to Rarotonga. We took the glass to be analyzed and were told that the damage to the tempered glass was caused by welding the frames without taking the glass out first. This was the reason that Starr had to turn around and return to Auckland after leaving in April. Orams said that it wasn’t their problem. There were a number of smaller issues as well. None of them were Orams problem. We felt as if we were butting our head against a wall and decided to forget it and get it all fixed someplace else, but it sure left a bad taste in our mouths regarding having any yacht work done in New Zealand.

Nov. 14 – We fly home for the Holidays, planning to return on Jan. 10 to enjoy summer in New Zealand, with the excitement of America’s Cup and fabulous cruising grounds to explore.