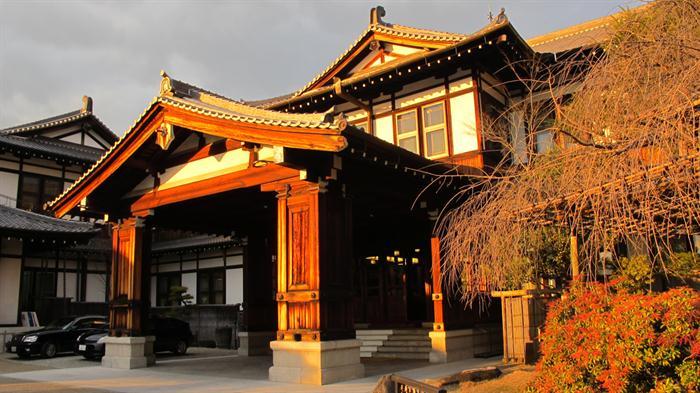 Posted at 00:00h in Blog, Japan by Don and Sharry 0 Comments
Nara: A Trip to Japan’s Ancient Beginnings

Almost every morning I read various newspapers online on my computer; these usually include The New York Times, The Japan Times and The Asahi Shimbun. On Friday, 14 January, a short article in The Japan Times caught my eye: “Nara to set hill on fire for good harvest”. It started out “Even though Nara’s 1,300th birthday party is over, the action continues.” The annual yamayaki (grass burning) festival is scheduled for Jan. 22 and will take place on Mount Wakakusa in central Nara. It should be quite a spectacle.”

Nara was on my list of places that I still wanted to visit; I immediately began a search online for a place to stay. I saw a photo of the Hotel Nara, built in 1909, the “Grand old Dame” of Nara; the Emperor stays here. I searched and saw that nothing was available for 22 January and booked a room in another hotel. I am a Taurus, some would call me “stubborn”, but I prefer the word “tenacious”. I kept checking availability and the official website for the hotel continued to say “no availability”; but wait, Expedia to the rescue! Expedia’s website showed that there was a room, and I booked it on the spot. It was perfect, a corner room for two in the old Edwardian wing.

Nara celebrated its 1300th anniversary last year. It was the first permanent capital of Japan, and is a treasure house of old shrines and temples. It is an outdoor museum reflecting the glory of Buddhism and the beginnings of Japan as a nation. As stated in the information from the Nara Tourist Information Centers: “Nara was the capital of Japan, called Heijokyo, from 710-784. It was considered the cradle of Japanese culture, arts, and crafts. Buddhism first flourished here under the strong patronage of successive emperors and empresses. Major cultural heritage in Nara have been Registered on the UNESCO’S World Heritage List as an irreplaceable part of the cultural heritage of all humanity.”

We spent our first day in Nara walking through the extensive grounds of Nara-koen (Park).

One of the most important temples in the park, Kofukuji Temple, was the tutelary temple of the powerful Fujiwara clan and when the court moved from Azusa to Nara in 710, the temple moved with them. Unfortunately the Main Hall was covered by a massive structure and would be in the process of reconstruction for many years to come; however, a three-storied pagoda, a five storied pagoda, and the beautiful Hoduendo (North Octagonal Hall) were there to see.

Todai-ji’s Daibutsu-den is the largest wooden structure in the world. While the current building is huge, it burned down and was rebuilt in 1692 at only two-thirds of its original size. The Daibutsu-den enshrines the Great Buddha, one of the largest bronze figures in the world. When Todai-ji was competed in 752 envoys came from all over the known Buddhist world, from as far away as Korea, China and India, for its inauguration ceremonies. The Nandai-mon (Great South Gate) houses a pair of huge Nio guardian sculptures, carved in the 13th century) they seem as if they are going to leap out of their enclosure.

Daibutsu, the Cosmic Buddha (and Sharry)

It seems that most temples in Japan require climbing up many steps to arrive at the temple proper. After leaving Todai-ji we walked uphill along a stone pathway to an open plaza at the base of Nigatsu-do, a sub-temple of Todai-ji. We then climbed the stone steps to the temple’s large deck, and took in the panoramic view of Daibutsu-den and the plains of Nara.

We met a local gentleman who showed us the “rest house” adjacent to the temple. We enjoyed a cup of tea, (self-serve and wash your own cup) together. He told us about Nigatsu-do, affectionately called “Second-month Temple” locally because of the Omizutori festival held here in the second lunar month. It’s not quite clear to me what happens, but it involves a “water-drawing” ceremony from the sacred Wakasa well, the monks of Todai-ji lighting huge flaming torches and performing a wild dance around the balcony while raining down embers on the spectators to purify either them, or the water, or both.

It was really cold and we were tired, but our helpful friend told us that we had to go to Kasuga Taisha (Grand Shrine), which we did because it was both downhill and on our way back to the hotel.

Kasuga Taisha was founded in 768 by the Fujiwara clan for its deity, Kashima Jingu, who became the guardian deity of Nara. As the official pamphlet from the shrine says: “With great respect, the deity of Takemikazuhchi-no-mikoto had landed to the top of the sacred Mikasayama Hill which is called . . . cloudy peaks. On the 9th of November in 768, the magnificent shrine structures were built on the hillside. . . . Unifying the country in a well-ordered manner, Takemikazuchi- no mikoto has greatly contributed to making peace among all deities” . . .

This shrine is known for its lanterns, both on the approach to the shrine and inside.

Again from the official pamphlet: “The Shrine, originally constructed in the primeval forest, stands unchanged with vermeil pillars, white-walled buildings and cypress-bark roof tops. Structurally stylistic and timeless since its foundation. . . . The Shrine precinct is filled with a clear atmosphere and dignity. There are about 3,000 Kasuga Shrines in Japan. The number of 3,000 lanterns is dedicated in the shrine precinct. This reinforces the deities of Kasuga and is widely accepted throughout the nation.“

Kasuga Taisha lives on, encompassing values and traditions, customs and rituals that still play a part in everyday life in Japan. It stands, simple and timeless offering a sanctuary for those valuing the richness of the past connecting us with today.”

Note: When we visited Kyoto (794-1185 AD), and then Nara (710-784 AD), and then Horyuji (founded 607 AD), it was if I was a time traveler, moving further and further back in time and I just couldn’t imagine life in 600-800 AD. I had to wonder: What was going on in the rest of the world when the Japanese were creating beautiful, complicated structures, sending envoys to China and receiving envoys from Korea, China and India?