[MVStarr] We Are Back Home at SBMC 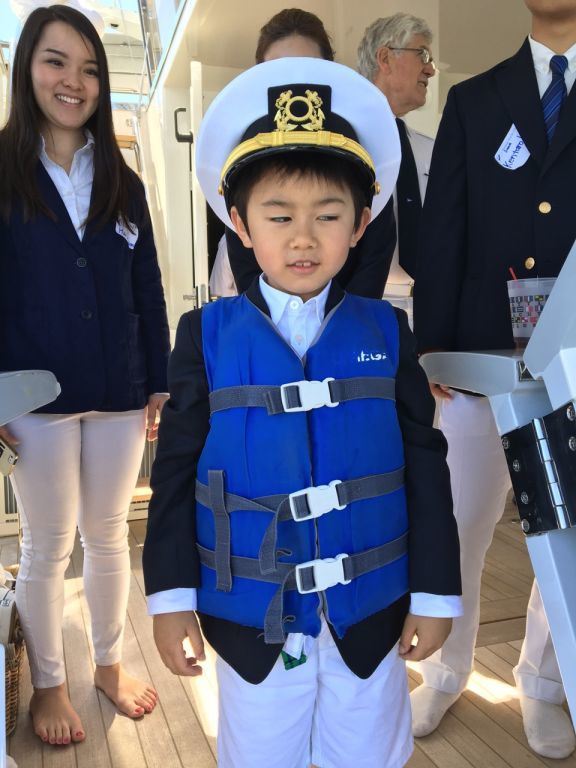 08 May [MVStarr] We Are Back Home at SBMC

Details of the Passage: 13 days

(This is higher fuel consumption than normal. Our standard cruising speed is 1450 rpm; 5 of 13 days,we ran at 1600 rpm in order to help drive into heavy head seas.)

Part I – Fixing Things: We hurried home in order to be ready to host Suma Yacht Club for Opening Day at Seattle Yacht Club on May 7, but we had some work to do to get Starr ready.

1. Locate and repair the water leak into our main guest stateroom:


Lexan Cover on Portlight
Don built a dam against the stateroom’s port light and flooded it slowly with a hose until the source of the leak became apparent.


Don built a dam
Port light pad eye that caused the leak
The water test showed that a stainless steel pad eye was poorly bedded. When we did the refit, we used Sikaflex 291 bedding rather than 3M 5200.

We had also used fine threaded screws that were too small. After the water test Don removed all 14 pad eyes, cleaned them off, roughed them up with course sandpaper to give more tooth, re-bedded them with 5200, and then used #12 self tapping screws.

When Don turned the boat around to re-bred the starboard pad eyes he found that we were missing the 5 ft x 1ft x1/2 inch Lexan port light storm cover. YES, we had it on when we departed Kaneohe, Hawaii.


Missing the storm cover and 4 of 6 padeyes on the starboard portlight .
There is a 6-inch vertical scratch just below the front of the storm cover which suggests that we might have hit something that caused us to lose the stormcover.
2. Diagnosis of unfamiliar noise coming from the prop shaft:

While turning the boat around Don noticed a noise from the propeller. Upon inspecting the propeller and shaft, we found that the Spur F2 line cutting V block was torn apart. http://www.spursmarine.com

We had picked up nets in the prop twice on our passage home, but what is confusing is that the cutting blades on the Spurs don’t have any nicks nor do they show any other damage. We identified the problem, but will have to replace the broken holding block and the spur assembly when we haul out in the Fall.


Spurs
Trashed V block- missing a ½” thick section
The divers from Emerald City Diving
Then we spent a lot of time Cleaning and Polishing to be ready for the Main Event!

Part II – The Main Event: Seattle Yacht Club Opening Day with our friends from Suma Yacht Club It was as glorious day in Seattle on Saturday, May 7.


Everybody Wave
Summa YC decorated Boat – Escape to Kobe
Azusa with her new friends Erico and Kentaro
The Little Captain
Picture Time
A Boatload of Happy People
AND A GREAT TIME WAS HAD BY ALL!