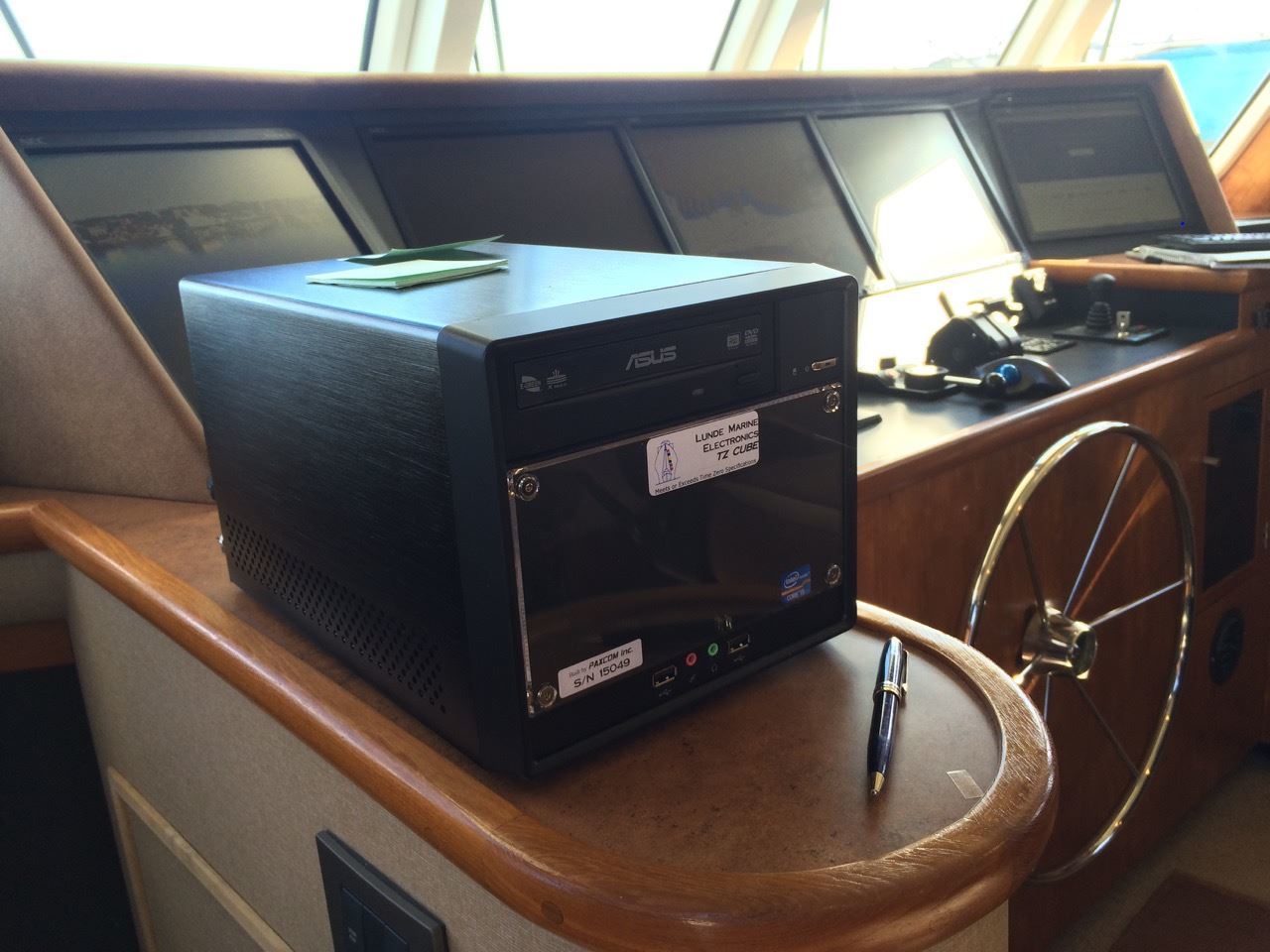 Winds are still behind us, or on one aft quarter on the other; we are very comfortable.

We are happy with our Nav systems so far.

The Furuno 2117 is working well. We like the fact that we can mirror a mark whether it is ARPA, AIS, or any other mark directly onto the Coastal Explorer. The Coastal Explorer is doing a flawless job of our “new” ComNav 2001 autopilot. Even with swells on our stern quarter, our rudder is seldom moving more than a degree either direction and Starr is running as if it is on rails. We were finding it impossible to get the MacMini to run Boot Camp and Windows 8.1. The day before we left Seattle we installed a purpose-built PC that Lunde Marine Electric installs on most of the commercial fishing boats.

Lunde Marine Electric Commercial Fish boat W7 PC
This PC has a high-speed processor, 4 built-in serial ports, and runs on Windows 7, and has been working flawlessly from the get-go. Prior to leaving Seattle we were having numerous issues with the Furuno TZT Black Box Nav system. The radar would flash and set off the radar-disconnect-alarm and shut down. Furuno, Lunde Marine and IMT have changed out the TZT radar antenna, the software, and made numerous other changes in attempts to fix the problem. The radar did shut down one more time after they made the changes, but after installing the Windows 7 PC we have had no further shutdowns. Is there any way that the MacMini running the Windows 8.1 had any impact on the TZT?

Doug Cole, AA7NN, has been making high-tech modification to our ICOM M700-PRO-SSB/HF. First by improving the ground connections and troubleshooting the vertical whip antenna,

In mast modifications.
then bypassing it with a random length long wire.