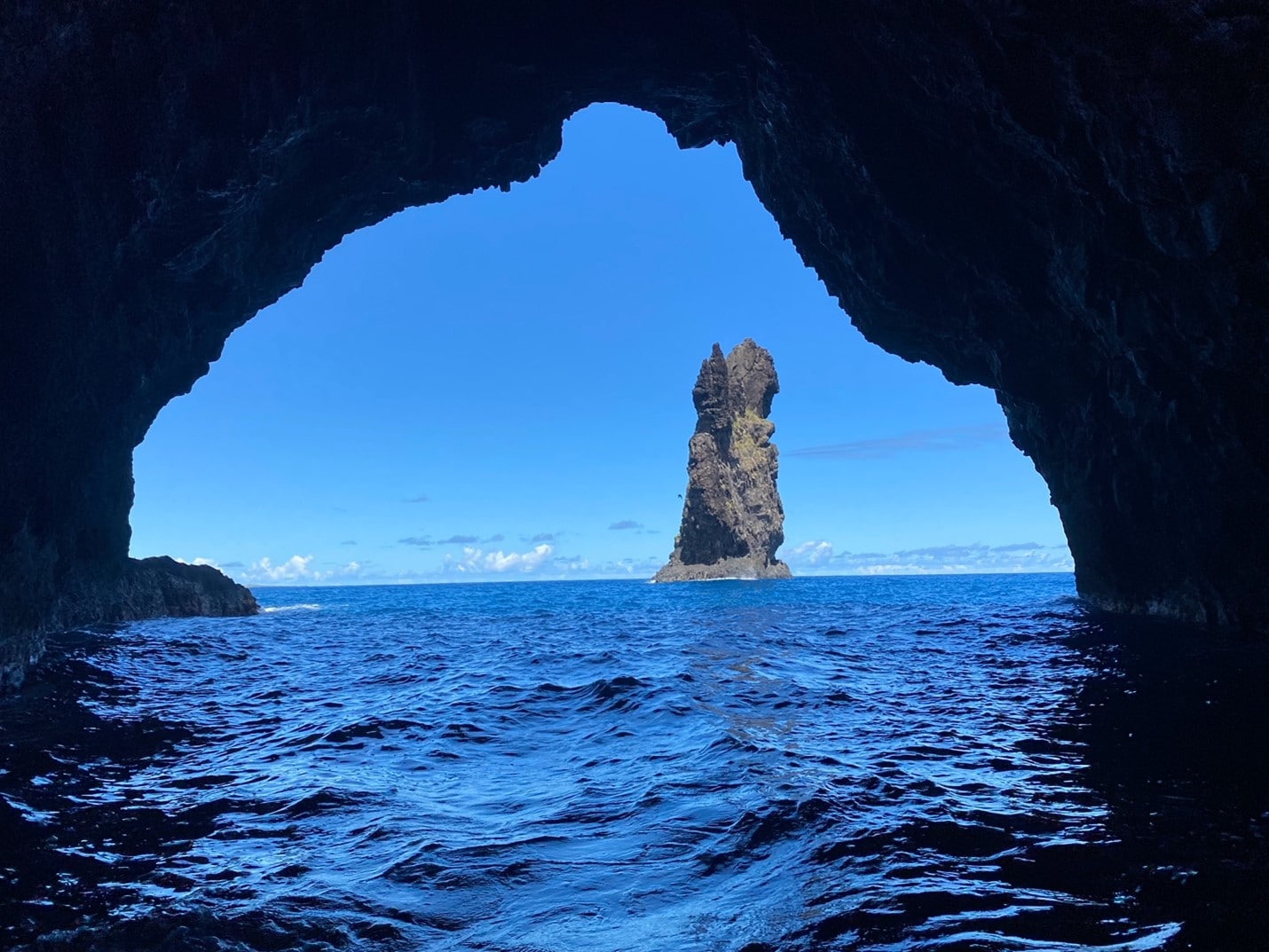 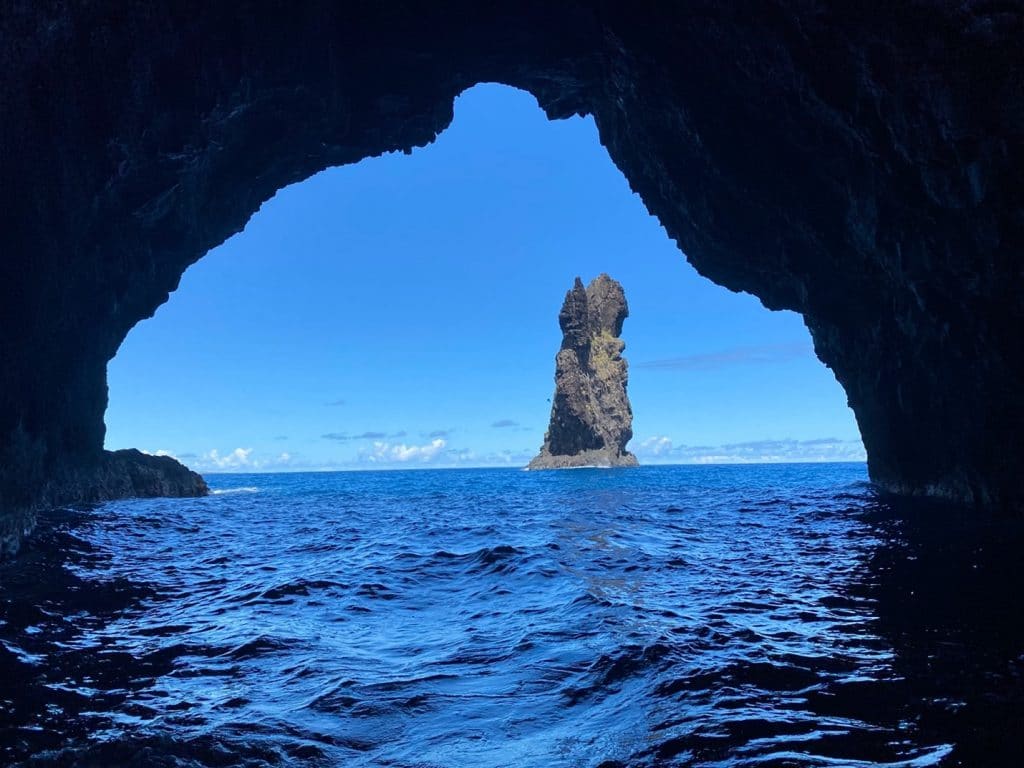 It’s been a long, long winter with inter-island cruising being virtually shut down due to covid. Coupled with that is the fact that it’s been a very windy winter, with trades out of the east, northeast, southeast, whatever, and mostly in the 20kn range. That makes for crummy passages between the islands. Typically, 20kn winds make for 6-12ft waves with a 5-6 second period. On Starr, if we are taking those seas on our forward quarter, then we can expect to be covered with salt spray from bow to stern.

In June we did get a weather break and spent a week of cruising to Kauai with seven days on the hook at Hanalei. It was marvelous! 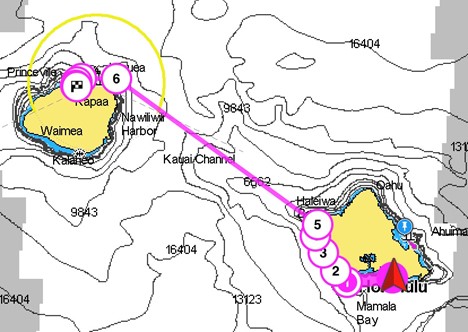 120nm run from Waikiki Yacht Club to Hanalei, anchoring overnight to see the spinner dolphins at Makua beach tucked inside Kaena point on the NW corner of Oahu. 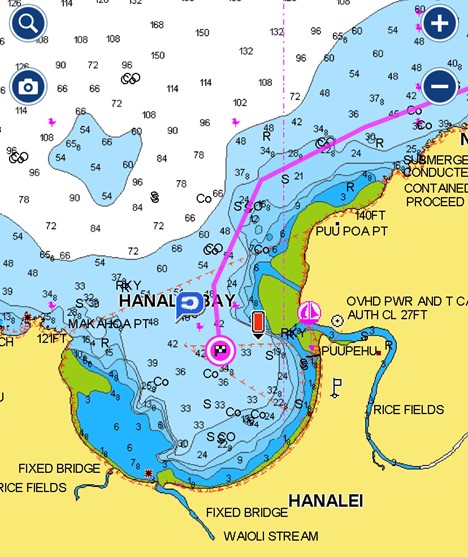 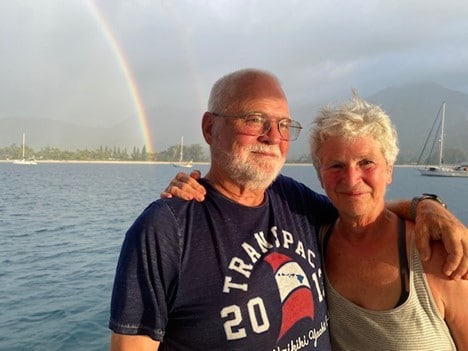 On the hook at Hanalei

We ran back the 120nm to Oahu in what was forecast to be 15kn to 18kn ESE wind on our port forward quarter, but it turned out to be 20kn to 28kn, with seas up to10ft with a 5 second period, which made for a lumpy and wet ride. The dining chairs were tied to the table, towels stuffed into the Subzero fridge to keep stuff from crashing about and everything was secured. Not a good nor a smart way to break in our new crew, Andy, and Mindy Kohn. 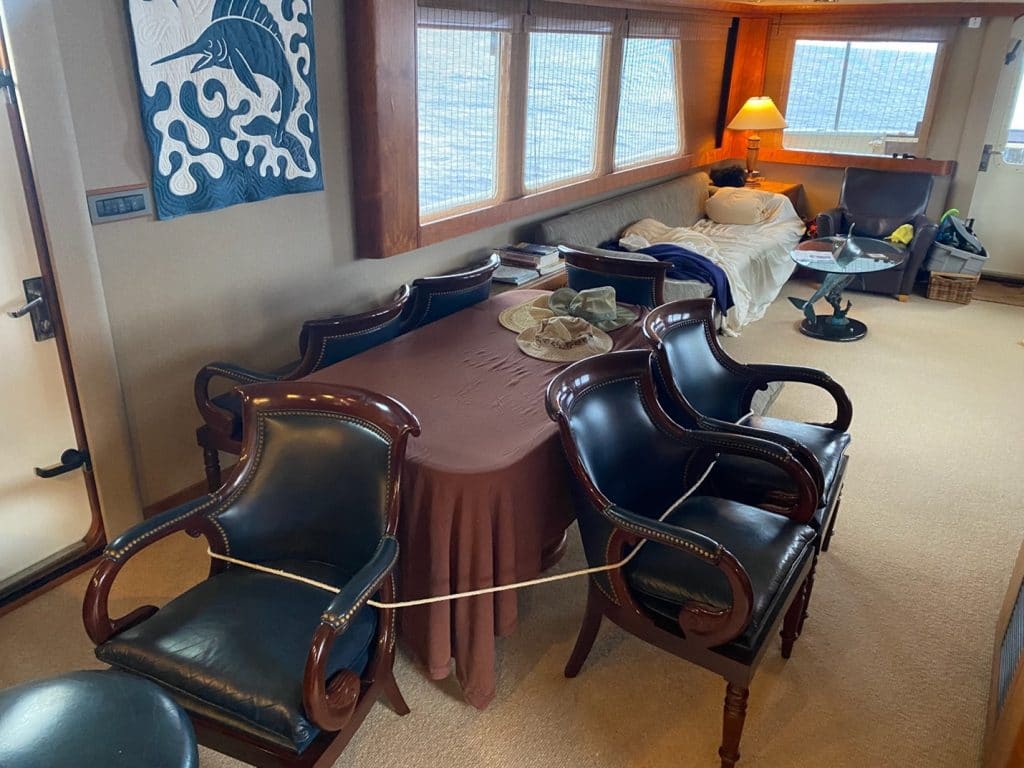 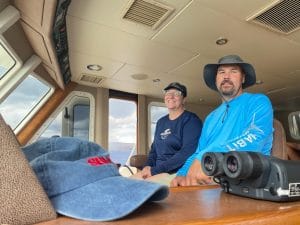 Andy & Mindy Kohn are happy for some flat water

Last week starting August 27, 2021 the weather finally gave us a break with S-SE wind under 10kn, so we took off heading down to Lanai and Maui and then back over to Molokai.

WF&S services all of the US Coast Guard fleet, Military Sealift, Naval Undersea Warfare, NOAA, US Navy and all of the City of Seattle! (All means the complete USA fleets)

Mirza came out in our dinghy to Starr for lunch and to give us a very thorough fire suppression inspection, and best of all, we had fun hearing some of Mirza’s life stories.

The North side of Molokai is like escaping to a place unlike any other we have experienced.  Considered the tallest shoreline to mountain top cliffs in the world. 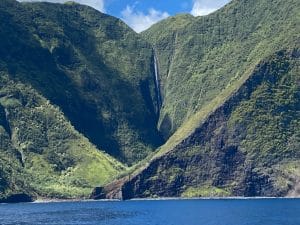 Breathtaking to say the least! 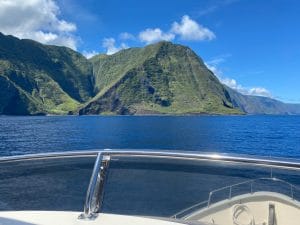 Last night, Tuesday, August 31, we anchored in Waikolu and joined up with our friends “Noodle” Bill Leary and Clay Hutchinson on Noodles sailboat Moku Pe’a and Mark Logan on his boat, Puanani. They had just sailed in from Kaneohe on the windward side of Oahu.

Bill and Clay have crewed on Starr on our last two crossings, 2019 Hawaii to Unalaska in the Aleutians and later from Seattle back to Hawaii. Both guys are world class sailors who have made numerous ocean crossings.

Today all seven of us, (Mark, Clay, Noodle, Mindy, Andy & Sharry and myself) got into our 15ft inflatable Polaris and explored caves.

The first cave we went into was at Keawanui, Molokai

Usually, this cave has surf breaking at its entrance. Fortunately, it was flat water for this adventure. 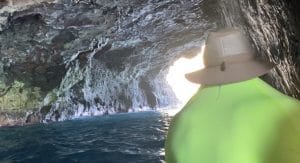 As Noodle says, during the winter the waves are up to 30ft.

Clay has taken friends into this cave thru the surf, (not 30ft) but even so, going thru any surf into the cave would be scary and then he would show his guests that they aren’t really going to die and there is a blind escape route around a 90-degree turn to starboard.

A little east of Keawanui we found another cave that was deep enough to run the inflatable into. 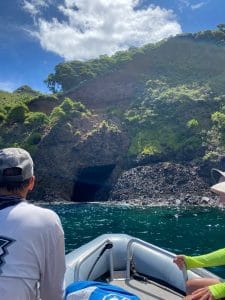 Listen for the rumbling of surf from another blind cave further inside.

When we got inside the cave, we shut down the motor and we could hear rumbling coming from under water deeper in the cave.  We tried to get Clay to dive down to find the underwater access but no deal. 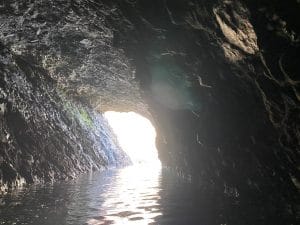 A short distance east we came onto a narrow opening to another cave and deep inside there was a whole section of rock larger than our dinghy hanging down like a pendulum. We didn’t feel safe to be under the pendulum, so we backed out but not before Clay slipped into the water with his mask to look at the bottom formation. Clay said the water was at least 50ft deep in there even though the entrance was much more shallow. 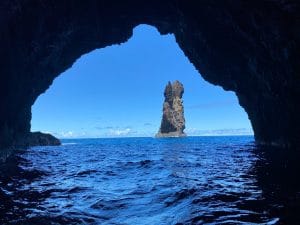 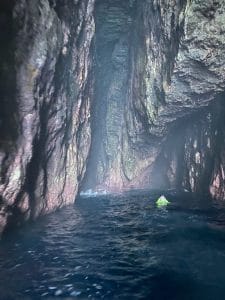 Noodle has cruised this area multiple times and says that this weather we are experiencing is as calm as he has ever seen in his 50+ years of cruising this coast.

The E-NE trades are going to pipe up Thursday to 20-30kn, so back to Kaneohe or Waikiki we go until things flatten down again.

Safe cruising to all of you!