It’s All about Family & Friends! 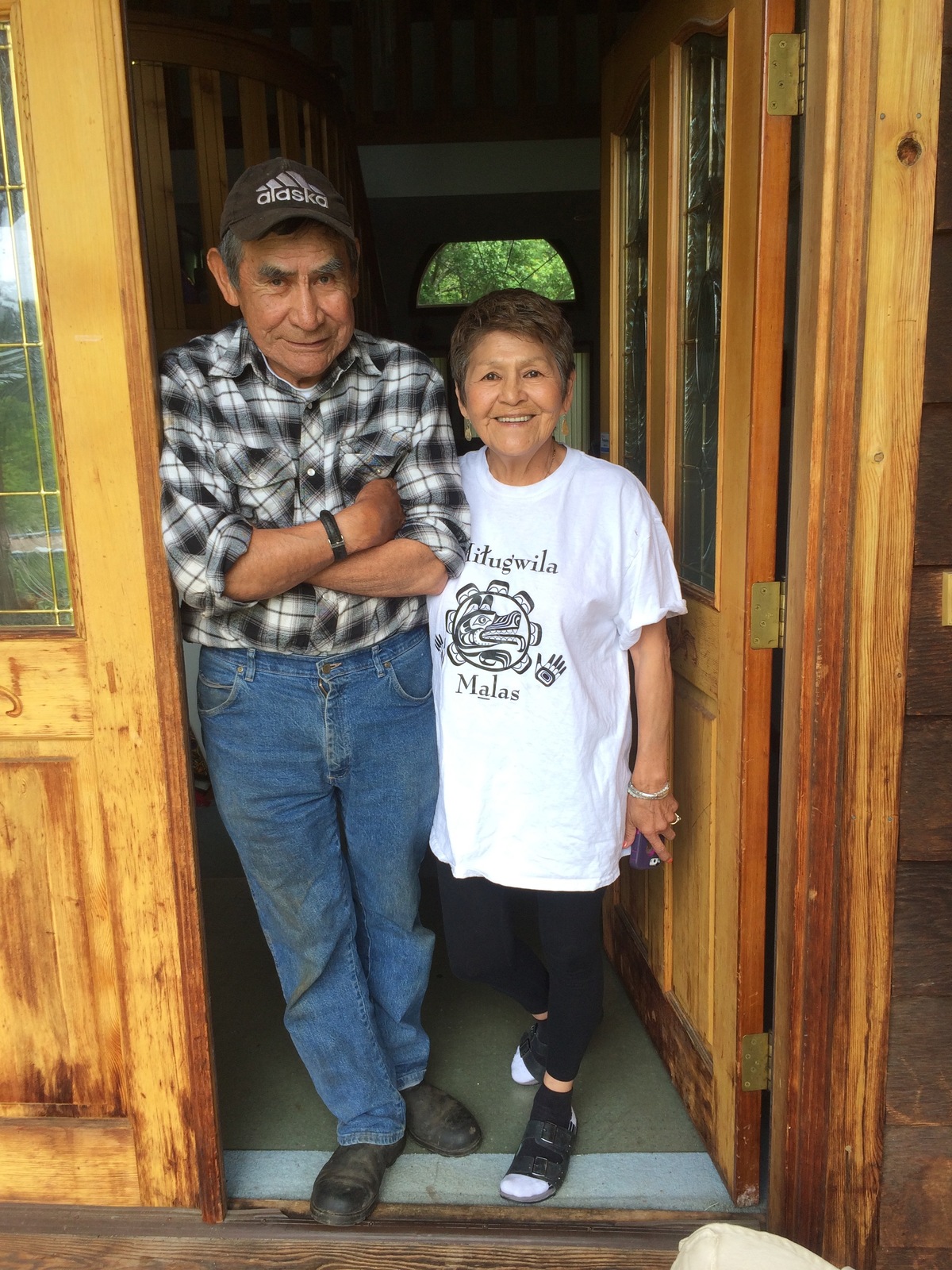 Posted at 16:14h in Blog, British Columbia by Don and Sharry 3 Comments
Alert Bay
July 16,
Meet Stevie and Stella Beans:
The best Grease Maker and Fisherman on the BC Coast

We left Goose Island, north of Queen Charlotte Sound at 0430 to ride an ebb tide down coast, and then caught a flood tide of 3-4 kts pushing us into Queen Charlotte Sound for a 1630 arrival in Alert Bay.  We wanted to get to Alert Bay before Stevie Beans left the next morning to go Prince Rupert to fish for salmon on his 58ft seine boat Ocean Predator.
Stevie is a high chief of the Namgis (AKA Nimpkish) Native Band. Stevie is a humble guy and prefers not to be called “Chief” unless it’s as part of a Potlatch Ceremony.
We had dinner at Stevie and Stella’s home and we talked Eulachon catching and seining.

Steve and Stella are considered the best Gleetna, (Eulachon grease) makers on the BC coast and have over many years been generous in keeping me supplied with Gleetna. I acquired the taste for Gleetna as a small kid.  It’s not for everyone.
Every April-May the whole family, from elders in their 70s and 80’s down to the toddlers go up the Kleena-Kleena river and wait for the Eulachons to arrive.

Some years there are only a few Eulachons; one year they waited for 3 weeks and there were none. This year it was very good.

The process of grease making is somewhat complicated and very hard work.
Eulachons are small, very oily fish, 6-9 inches long and so oily that they used to be used as candles.
The process is to first hand net the fish.

Then put the fish in 20ft x 20ft x 2ft wooden cribs built on a gravely base above high water.

Let the fish rot for a week or two so the blood and innards drain thru into the gravely base.
Transfer the fish to deep wooden tubs with metal bottoms. The tubs are about 4ft x 6ft x 4ft deep

Build a fire under the tubs and heat to about 140 degrees Fahrenheit.
Strain out the bits and pieces and keep skimming until only the oil is left.

The oil is poured thru filters until it is a clear golden color and then it is bottled for future use.

Eulachon oil is a major part of the Namgis culture, is high in Omega 3 & 6 and is part of Stevie and
Stella’s daily diet.

Stevie is one of the highest, if not the highest producing seine boat fishermen in BC.

If Sharry would let me I would have gone fishing with them!