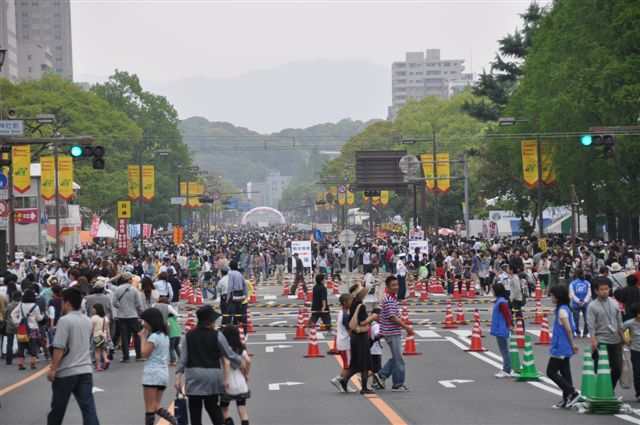 05 May Hiroshima – The Flower Festival

Posted at 00:00h in Blog, Japan by Don and Sharry 2 Comments
Hiroshima – The Flower Festival

This past week in Japan has been Golden Week. Many government offices and businesses close down, Japanese travel within the country and everything becomes more crowded than usual. This didn’t affect us much early in the week because we were traveling on our boats, but on May 5 we went to the Peace Park in Hiroshima and found ourselves in the middle of one of Hiroshima’s biggest festivals, the Flower Festival.

From Wikipedia, the free encyclopedia