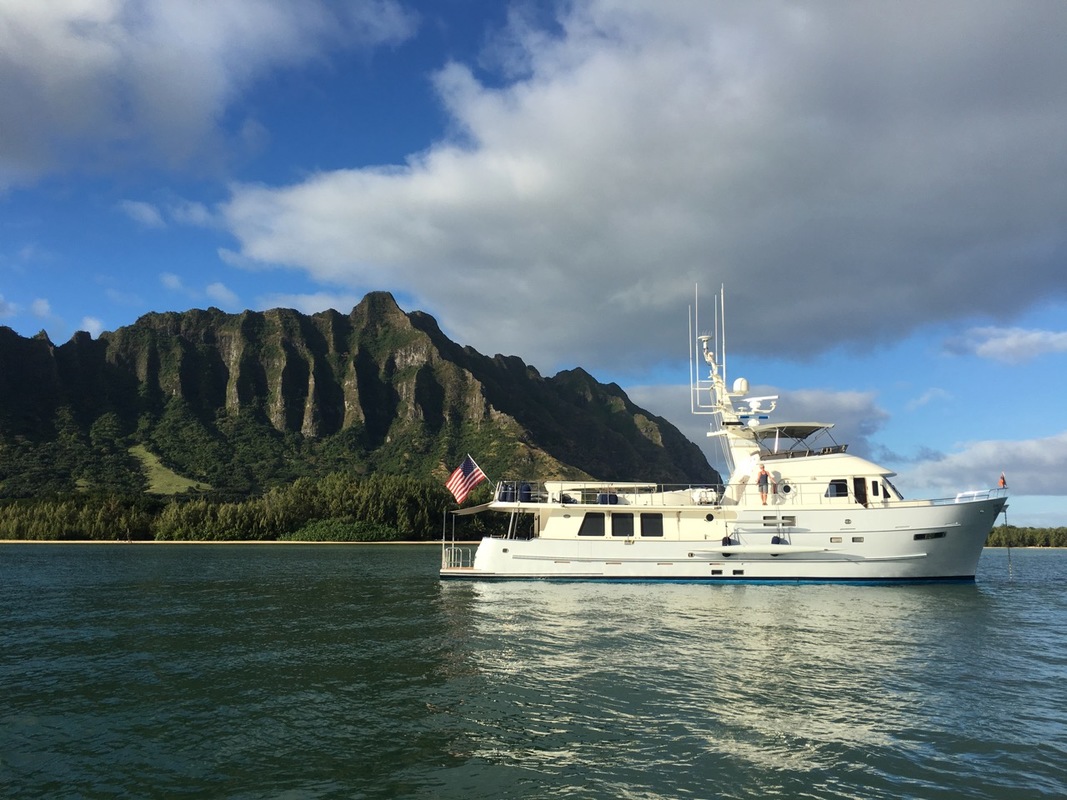 Posted at 19:21h in Blog, Hawaii by Don and Sharry 5 Comments
Sharry and I are preparing to take Starr from Hawaii to Kodiak, AK (2200nm) this May. We’ll then continue to Prince William Sound.

Although we’ve been silent on this blog for too long, we’ve been busy cruising Hawaii!

Here’s a bit from the last year…


Our trips included the following:

We made Spring and Fall trips from Oahu to Kauai, where we spent two weeks on each visit anchored in Hanalei Bay.
We also cruised the north end of the island twice to see the Pali Cliffs.Molokai: two runs down both the North and South sides of the island.
We anchored at Kalaupapa, home of a still-active leper colony.
We also anchored in Lono Harbor and Kaunakakai.

We made two runs around Lanai with stops at 3 anchorages.
The three anchorages we stayed at were Needles, Manele Bay, Kaena Point.
Maui: one run to Lahina on the way to the big Island of Hawaii.
On Maui we anchored at Honolua, Mala, Lahina and Olowalu.
Hawaii: Hawaii down to Kealakekua Bay, also known as Captain Cook Bay since this is where he was killed.

A useful Guide for those interested is Noodles Notes. Our sailor friend, Bill Leary,(Noodles) has made his favorite cruising anchorages in Hawaii available in NOODLES NOTES, to anyone who is interested is cruising this area.
https://drive.google.com/file/d/0BwLo0m-1fK2bdkFnQ08xczloNG8/view
Thanks Bill!