GETTING READY FOR THE PASSAGE TO HONOLULU, HI 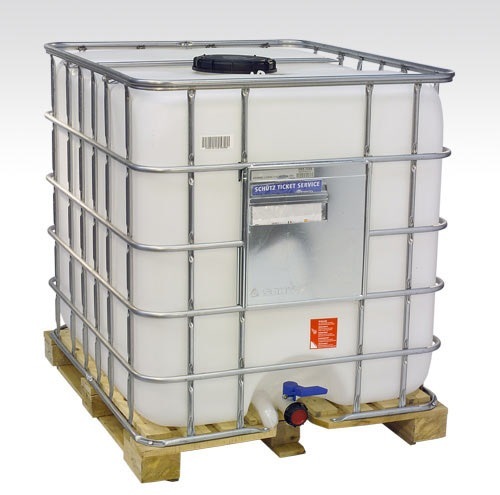 01 Feb GETTING READY FOR THE PASSAGE TO HONOLULU, HI

Posted at 00:00h in About MV Starr, Blog, Japan by Don and Sharry 2 Comments
GETTING READY FOR THE PASSAGE TO HONOLULU, HI

We are currently tied up in Ashiya, Japan (35 42.3N, 135 19.0E). Starr has been here for over ten months with the result that I’m ready to “set sail into the sunset” (sailor talk). The distance to Honolulu from here is 3768nm. Starr uses 1gallon of diesel per nautical mile so the the total fuel capacity of 3700 gallons seems to be cutting things too close!

When we crossed from Mexico to the Marquesas in 2000, we added a 1,200 gallon fuel bladder on the back deck and slowed from our normal speed of 8kts down to 7kts to reduce fuel usage closer to 5gph. When we pulled into Nuka Hiva we had almost 2,000 gallons of fuel left.

As the 1,200-gallon bladder was one big bag without any interior baffles – like having a big sea cucumber on the aft deck – I don’t want to do that again! So, the following is what I have done to find the right solution.

At first, I thought that what I wanted would be to find a 1,000-gallon bladder with 4 separate sections, or (4) 250 gallon separate bladders. Towards accomplishing this, I found many suppliers in the US. The company with the most impressively constructed bladder was Aircraft Rubber Manufacturing in Redmond, Oregon (http://www.fuelsafe.com/). These were quite expensive, but first class. Occasionally they can be found used. I decided to look around to see what was available and after months of research, I found that I could buy – even here in Japan – many bladders for around $2-$3 per gallon of capacity – a 500 gallon fuel bladder would cost $1,000 to $1,500 US so that to have a thousand gallons of extra fuel capacity it would cost from $2,000 to $3,000 for something that would be used for only a week or two.

An alternate choice would be to stop at Midway; and IF they let us drop anchor, we could possibly buy JP5 aircraft fuel at $15/gallon. I researched what JP5 would do to my Cummins engine, and it appears that by adding 1-2% of lube oil we could get by. However, to make a stop at Midway – located about 2500mn from Japan and 1150nm from Honolulu it is one of the most northwesterly islands of the Papahanaumokuakea Marine National Monument which stretches in a WNW direction toward Japan (http://www.papahanaumokuakea.gov) –requires applying for an Entry Permit. In fact, to stop in the Papahanaumokuakea Marine National Monument it is necessary to fill out about 12 pages of paperwork just to see if you “qualify” to stop. They also give a class on how to pronounce their name. SO, WHAT TO DO?

The first ideal that came to mind was to slow down from 1,500 rpm to 1,250-1,350 rpm to reduce total fuel consumption to about 3,000 gallons and thus give us roughly a 25% fuel reserve. The weather maps for March and April show that there will be some slogging against head winds and seas. The current would possibly be with us for the first 2000nm and then there would be an adverse current the rest of the way. In addition, if a storm approaches it might be necessary to divert our course in order to avoid the worst of the bad weather.

While Sharry and I were back in Seattle for Christmas, I found some used fuel containers that hold 1,000l (264 gallons) which are commonly used internationally to ship chemicals, oils, food additives, and whatever. These units – called Intermediate Bulk Containers (IBCs) – are approved by the United Nations for international transport. They are made of high density plastic and surrounded by an aluminum cage which is attached to a wood or metal pallet. The dimensions are1,000mm x1,200mm x1,160mm, (40” x 48” x 46”). Their design makes them easy to tie down and later recycled. New they cost around $400-500 while used they sell for $100 in the US. BINGO!

THE HUNT WAS ON!

One of the main suppliers of IBCs internationally is Schuetz in Germany (www.schuetz.net). On their web site I read about the details regarding shipping and using their containers. Pleased, I got on my bicycle and started peddling thru the nearby industrial areas and “viola” there they were, all over the place, both new and used. After much asking around, however, I kept coming to a dead end. The new ones that I found were owned by some company in Tokyo and no one would call to see if they wanted to sell a few even though they had been stored in this shipping yard for ages.

That is just not how things work here in Japan. You have to know someone, who knows someone else, who then knows the Tokyo guys. The used ones were mainly in some trucking yard being used for waste oil or whatever.

I called the manufacturer – Schuetz in Germany – and talked to my “new friend” Rose Rhul at the factory in Selters, Germany. Rose was a great help. She introduced me – via email – to Mr. Yukihiko Murakami who is with Schuetz, Japan, in Tokyo. He helped by introducing me – again via email – to Mr. Naoyiki Kato who is a distributor of Schuetz containers in Kobe. After numerous emails back and forth with Mr. Kato, I was finally informed that he couldn’t sell me his containers because it wasn’t thought to be a good idea to put diesel oil in them (even though they ship cutting oil for factories in the same container). SO WHAT NEXT?

I needed to find someone who knows the system, and yet has the American can-do attitude. That someone came in the form of Chris Faust, the son of our Ashiya friends, Paul and Emiko Faust. Chris – with his Japanese-American background and fluency in both languages – knows both Japanese and American business systems. In fact, he had just finished a logistics job in Los Angeles specializing in expediting and shipping. In less that an hour, Chris found someone who knew someone else who knew where there were some used IBC’s that might be for sale. After a many more calls, Chris arranged for the IBC’s to be purchased for 10,000JPY each and delivered to the boat for an additional 10,000JPY with the total purchase price finally set at $480 – that breaks down to 48 cents per gallon of added fuel capacity (and 1000 gallons of extra fuel on the back deck).

Chris Faust and his sister, Elisa

Delivery of the IBCs

NOW THE NEXT TASK IS HOW TO GET THE FUEL OUT OF THE IBC AND INTO STARR’S TANKS?

What was needed was a 2 inch BSP metric adapter to 2 inch cam lock. I had about 10 emails to and from the Schuetz rep’s in Tokyo trying to get an adapter, but finally, I lost patience and contacted the Schuetz people in New Jersey. The next day they shipped the 2inch BSP female to 2-inch camlock adaptor to our Seattle office for a cost of $10.13 plus shipping.

I’m still communicating with the Tokyo Schuetz office just to see how long it will take them to accomplish the same task, just how difficult it will be to get the same part, just so I can learn a little more about what it means to do business in Japan.

YOU MAY ASK ME “WHY CRUISE JAPAN, IT DOING BUSINESS CAN BE SUCH A HASSLE?”

The following is the short version:

1. The joy of traveling through the Inland Sea (Seto Nakai) – 3,000 islands with many beautiful anchorages and villages and towns scattered over a distance of about 200nm – without encountering but only a few other cruising pleasure boats. There is, however, an awesome amount of commercial marine traffic.

2. Viewing towns and villages with sparkling clean streets and sidewalks, friendly people, and the highest quality food we have ever experienced!

3. Experiencing the finest personal service ever at restaurants and to just getting a simple haircut.

4. Encountering the best public transportation system in the world; one where you can set your watch by the arrival of the bus or train.

5. AND BEST OF ALL, the extremely friendly, gracious and helpful people.

SO, WHY SUCH A HASSLE ATTEMPTING TO DO A LITTLE BUSINESS? GO FIGURE!

With 4,700 gallons of fuel, we can cruise at a speed of 8kts, weather permitting, and still have a fuel reserve of close to 30%. In fact, we can still slow down to further conserve fuel.

IT APPEARS THAT THE FUEL CHALLENGE IS SETTLED! THAT IS, OF COURSE, UNLESS SOMETHING UNFORESEEN POPS UP.