Final Comments from our Crew 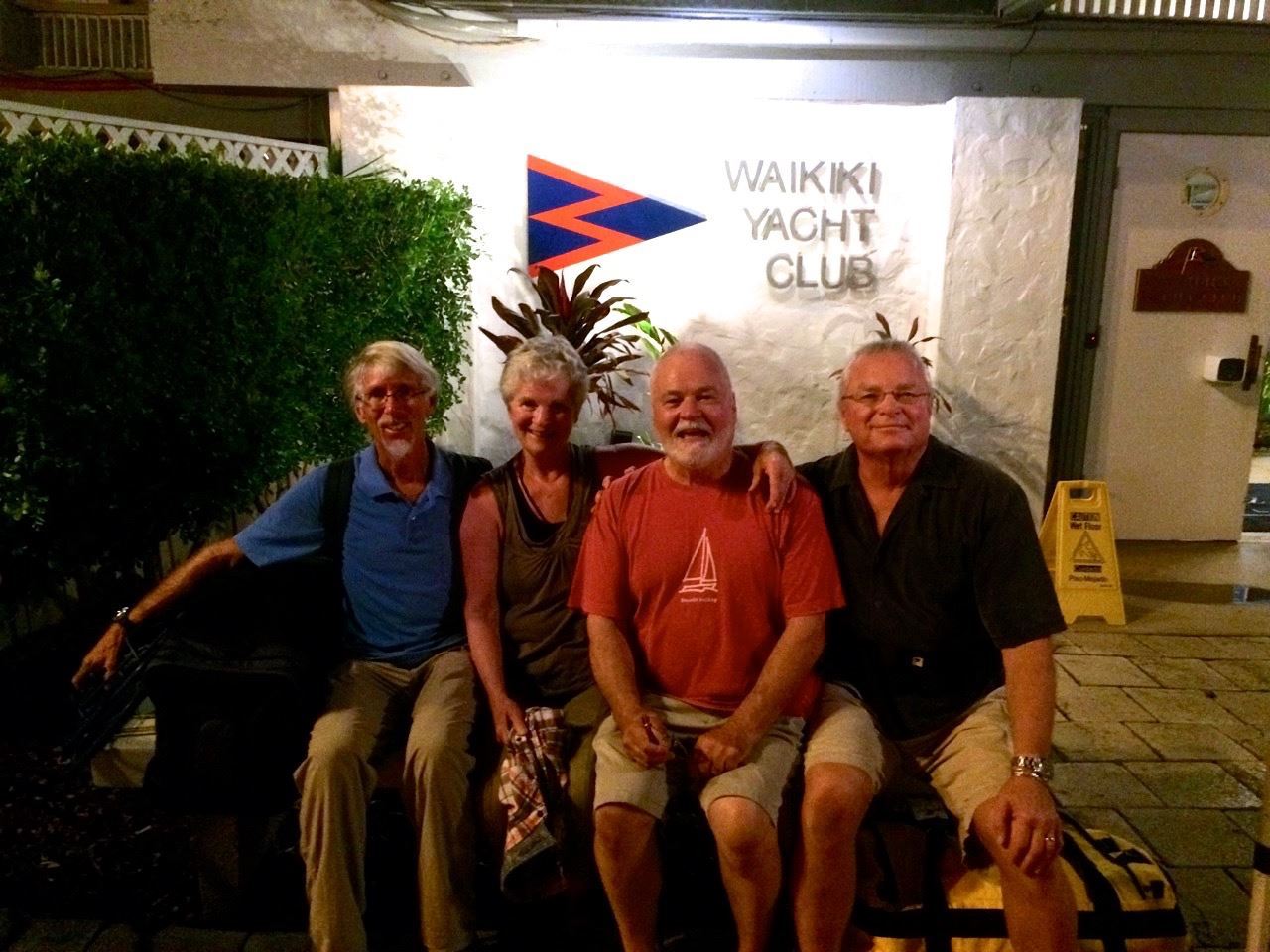 15 Dec Final Comments from our Crew

“Being a life-long sailor and having made a variety of coastal and ocean passages via sail, I was curious to see how passage making via power boat might compare. I can’t vouch for all power boats, but I must say that the Seattle to Honolulu trip compared quite favorably. Knowing Don & Sharry and the way Starr was meticulously prepared were the main qualifiers for my willing to give it a try. Other than the potential for snagging the prop on an errant drift net, and Don was ready with diving gear just in case, the only other major concern was if the Nespresso Cappuccino machine would hold up and keep producing such heavenly coffee. It did! Don and Sharry run a very easy going ship. We knew what was expected of us as crew and beyond that we just did our duties and enjoyed the cruise. I think that after reading the 150 page manual for the new Furuno ARPA radar I just about had it figured out. Thanks again for a very pleasant crossing. Doug Cole, Bellingham, WA.”

Sharry and Don, Before too many days go by I would like to share my feelings that I have shared with others when they ask “How was your trip?”.

So here are my take-aways:

First and foremost is your relationship with each other. The kindness and respect that you have for each other extends out from you to those around you. I can see that you make an effort to keep that tone in your life in general. “As you sow, so shall you reap” is working well for you.

The second take-away is having quality time to deepen my relationship with my friend of almost 50 years. He is one amazing human being in so many ways.

My third take-away has to do with Starr’s performance. She is won magnificent craft. Her motion was so calming it was like riding on a cloud. I’m still amazed by her tracking ability and how little effort was needed for the autopilot to keep her on course. She is one incredibly cool vessel. I don’t know what she felt like before the refit but the feeling I get now is that she is very proud.

My fourth take-away was having the time to truly take in the Elon Musk audio book. What an inspiring delight!

Thank you both for a wonderful adventure. I only wish I could have been even more present, as I would have been had it not been for my back injury.

Thanks Guys for being such good Friends and Crew!