Engine Room Helper of the Year 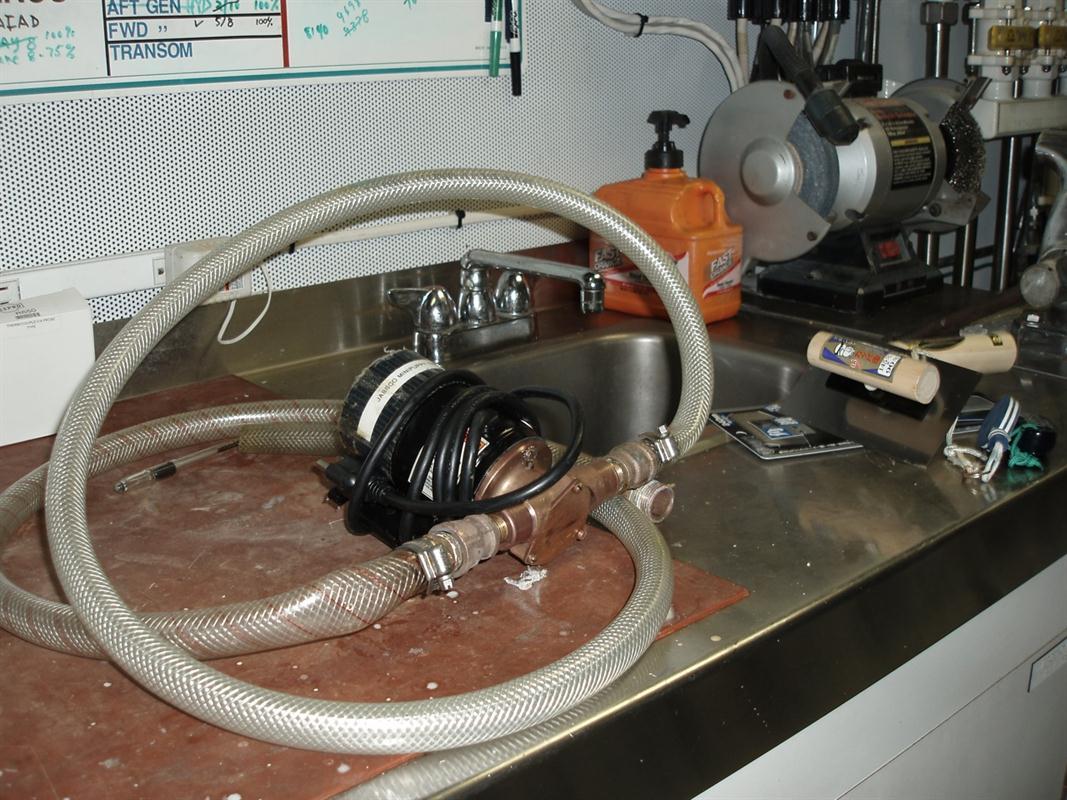 Engine Room Helper of the Year Award goes to———–

I don’t know what I would do without my little Jabsco Mini Puppy pump. That little pump has done more dirty jobs just this year than you can shake a stick at.

Some of its accomplishments include:

Transferring 100 gallons of used lube oil from the E.R. waste tank to 50 gallon drums on the back deck, and then refilling the new oil tank.

Removing water contaminated hydraulic oil from the stabilizer reservoir when the Naiad heat exchanger ruptured, and then serving duty to flush 5 gallons of new hydraulic oil thru the system, not just once but three times!

Priming the diesel fuel transfer system when there was an air lock,

This little guy has done numerous other tough jobs and today’s was just another example of its commitment to keeping things running smoothly.

Today, Sharry and I rode our bikes around the little island where Starr is moored here in Ashiya, and then over a couple of bridges to the Nishinomiya Marina to see the guys at North Sails. They replaced our Bimini’s zipper yesterday, and I thought Sharry would like to see their loft.

When we got back 3 hours later we found the boat interior blazing hot.

The two-ton A/C compressor would cycle off and on, overheat, and then shut down. The sea water temperature was 88 degrees.

The outside air temp was working its way up to 99 degrees.

DeWayne Nall, the owner of Aqua Air, told me to give the compressors a one hour acid flush, and he also recommended repeating the flushing every 6 months when in warm water conditions like we are experiencing here.

Both compressors had a short acid flush with 50% muriatic acid for ½ hour when the compressors were acting the same way a week earlier. The units are hooked up to the seawater in parallel so the acid wasn’t necessarily getting through each compressor with the same amount of effectiveness. I decided to isolate the 2 units from each other and re-flush each unit for one hour.

The 50% solution of muriatic acid (hydrochloric acid) is highly corrosive and I didn’t know what it would do to the mini puppy’s impeller and seals as well as the pump’s brass housing.

The acid flush seems to have done the job. Even though the sea water temp is 88 degrees, the compressor unit shouldn’t shut down until the interior compressor water temp is around 130; at least according to my friend Larry Hoover in Honolulu, and Larry knows his stuff when it comes to A/C