I have spent the majority of my life on boats.  From age 3 to 19 years old I lived on the converted 136ft WWII Minesweeper named Willis Shank.

The “Shank” was a Hospital ship that traveled to Native villages on the BC Coast and throughout SE Alaska.  Until we met and married, Sharry had never been on a boat bigger than a rowboat.  She first learned to sail when we raced a 17ft Thistle, Johnathan. After 10 years of Thistle racing, we moved up to one design racing on a Cal 40, Lord Jim. After 11 more years of Cal 40 one design racing, we went over to the “dark side” and bought a 47’ Bill Garden trawler, SKOOKUM.  Before purchasing STARR in 2000, we had already cruised to SE Alaska on over 10 trips. As a young man, I was a ship engineer as well as a tug skipper and I have always done the mechanical maintenance on our boats.

In 2000 we purchased STARR, a 75ft Northern Marine. We cruised twice through the South Pacific to New Zealand, as well as across the Atlantic for two years of cruising in Europe. Following the trip to Europe, we returned to Seattle to redevelop the Marco Shipyard into the large yacht support facility, Salmon Bay Marine Center.

In 2009 we departed Seattle and cruised to Japan via Hawaii, the Marshal Islands, Micronesia, and the Marianas, finally arriving in Ashiya, Japan (between Kobe and Osaka) where we spent a full year cruising and exploring. We departed Osaka in April 2011 on a 4000nm, 24-day, nonstop passage back to Hawaii. Sharry and I will make nonstop open water passages of up to 5 days without crew. The nonstop passage from Seattle to Hawaii can range from 12 to 18 days. On nonstop passages over 5 days we invite our great sailing friends, (most of them are from Seattle Yacht Club, Kaneohe Yacht Club, Waikiki Yacht Club & CCA Cruising Club of America) who join us for the long ocean passages.

After more than 100,000 miles of cruising, we are convinced that there is no better cruising than the coast of BC and Alaska, (with a little warmth from the South Pacific thrown in). STARR is currently homeported in Hawaii and Seattle. 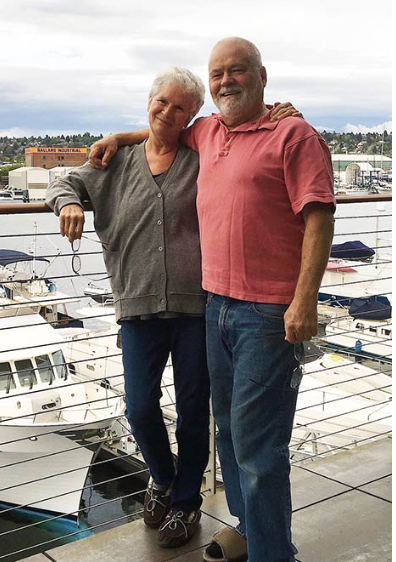