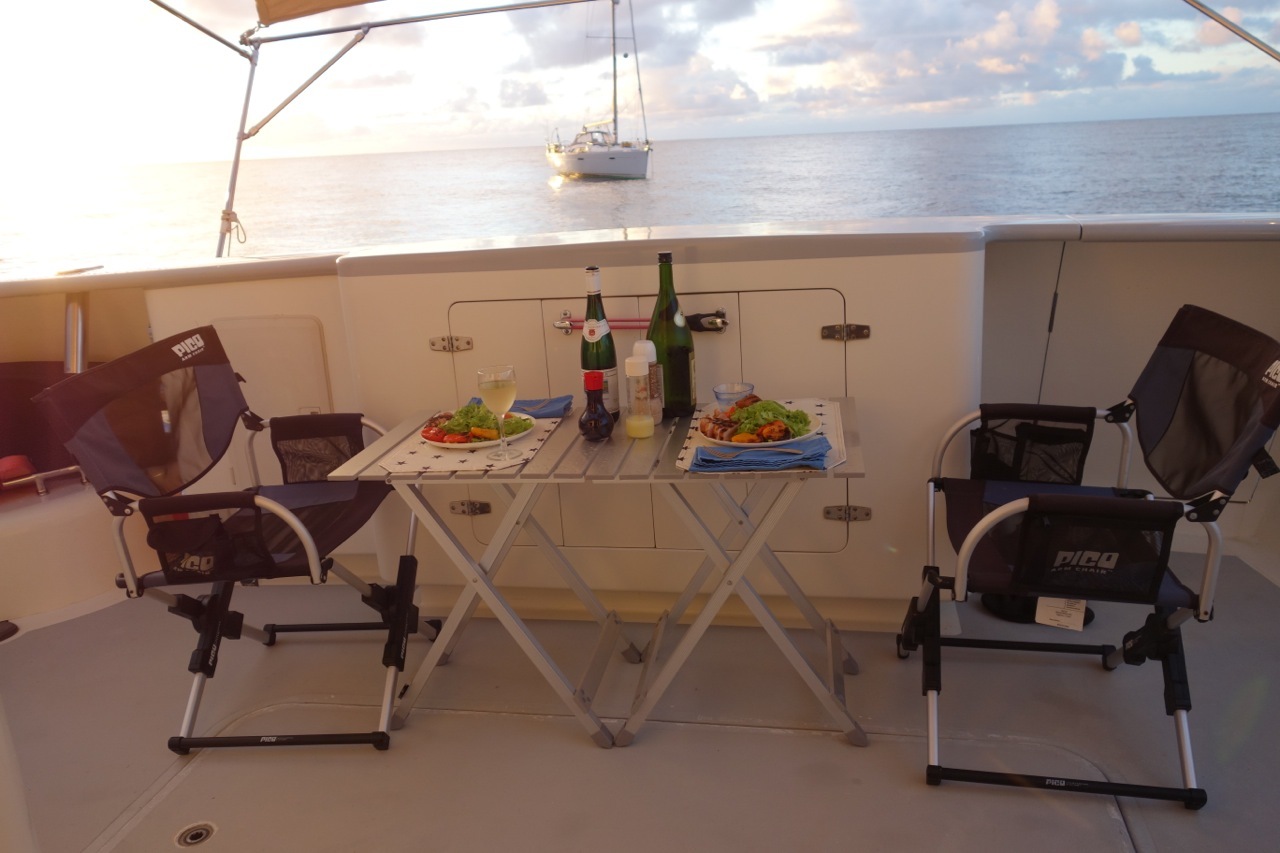 We’ve been running for 5 days and seen zero signs of another boat. It seems like we should be seeing some soon, as we are nearing the shipping route for cargo vessels doing the SE Asia to Panama run.

The first 2-3 days out of Kauai were sloppy, as we were getting the remnants from Hurricane Gill, which was downgraded to a Tropical Storm. This is only the second time in 13 years of cruising Starr that Sharry has gotten sick, and only the first time that she upchucked!

Starr seems to know she is heading to Seattle for a major refit. How do I know? Stuff is just now starting to fall apart. It’s been 14-16 years since most of the equipment was installed, so it’s time!

Minor things, such as:

The foam inside the engine room headsets that have built in communications (so two people can talk over the noise of the engine) has turned into a greasy tar like mess and are unusable.

The Iridium sat phone’s handset cable sheathing has fallen off in messy pieces.

The Main Engine Day Tank Fuel Gauge has shut down.

The Port Wing Fuel Tank “tank tender” has stopped working. This is no problem, because we have the site gauges.

I’m on watch, and must keep an eye out for tsunami debris. I am mostly seeing Japanese fishing buoys, small plastic floating stuff; and an hour ago, a coil of one-inch poly line. This gives me time to daydream about what changes I want to make to Starr.

A new paint job from top of mast to bottom of keel. Our last paint job was in New Zealand in 2001.

A Possible hull extension adding the space for an aft deck dining area.

Fine dining on Starr’s current back deck
Sharry and I were spoiled cruising in the Queen Charlotte Islands last summer on Neil and Margery Hokonson’s, Nordhavn 68, Wind Flight.

We really liked their aft deck layout. So, how about adding another 5 feet to Starr’s stern?