Change of Watch aboard Starr 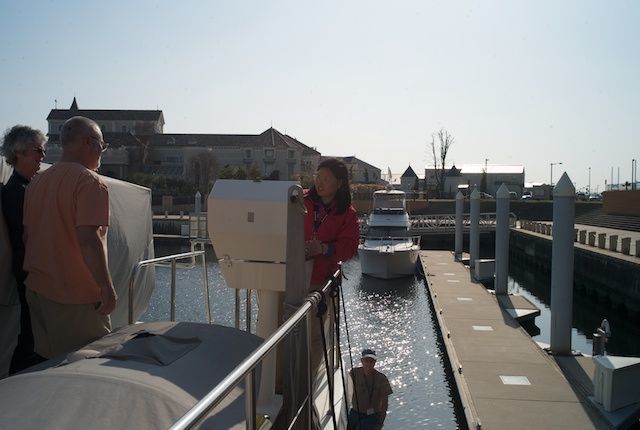 01 Apr Change of Watch aboard Starr

Posted at 00:00h in About MV Starr, Blog, Japan by Don and Sharry 3 Comments
News Flash: Change of Watch aboard Starr

Preparations aboard Starr for her voyage to Honolulu are in full swing. Unfortunately, we have to make bit of a startling announcement: Don decided to not take this trip with Starr, but instead retire from cruising effective immediately.

Having just taken delivery of, and “commissioned” his first granddaughter, Don can’t wait to see her again! He’s taking the plane back to Seattle to actively participate in raising her and retire from the cruising life. While he is scheduled to leave Japan within days, Sharry will stay behind to take this trip and keep order aboard Starr. Grandpa Don and little Katherine will join Starr at her arrival in Waikiki, Hawaii in late April.

In our quest to find a replacement captain, we interviewed a number of potential candidates, including the captain of 900 foot tanker who couldn’t work without a pilot onboard, a Whitbread sailor who has circumnavigated twice but couldn’t maneuver in close quarters, and a Nordhavn captain who kept asking “where is the rally?”. Fortunately, we’ve found an excellent candidate in Kokoro Yamauchi, our trusted and well liked Yard Chief here at Ashiya Marina. Having kept an eye on Starr for the last year at her slip, Kokoro is familiar with the boat, and eminently qualified to lead our voyage to Honolulu. In the pictures you see Don checking her out with the engine controls and familiarize her with close quarter maneuvering. Kokuro took to Starr like a fish does to water; the crew loves her and we look forward to our voyage to commence early next week. She has the job!

Join Starr’s crew in wishing all the best to ex-Capt. Don (Ret.), and a warm welcome to Capt. Kokoro-san!

Kokoro-san under the watchful eyes of Capt. Don (Ret.)

She has the Job! Welcome Kokoro-san, Captain!

2nd officer aboard Starr, and captain of Nordhavn 50 “Loreley”