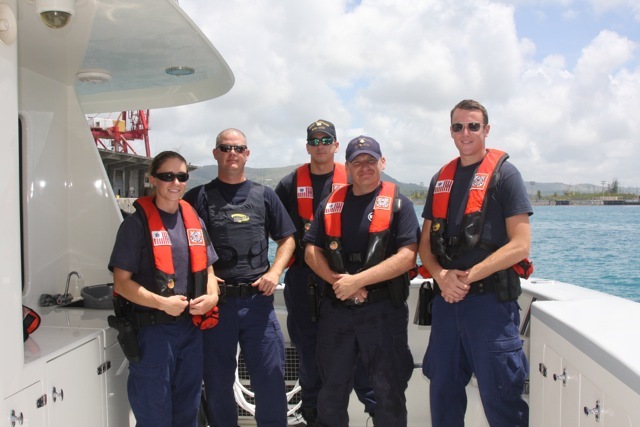 Arrival in Guam Monday, March 29, 2110 (Sunday in US) – 1330 Guam Time 13degree22N/144degrees39E 7521nm logged since departing Seattle We arrived in Guam mid-day on Monday. A US Coast Guard Cutter (named The Washington) was patrolling the entrance to Apra Harbor. Don had a conversation with them on the VHF and they asked if they could do a courtesy boarding; we said “yes”. Four young Coast Guard men, with a young woman in command,...