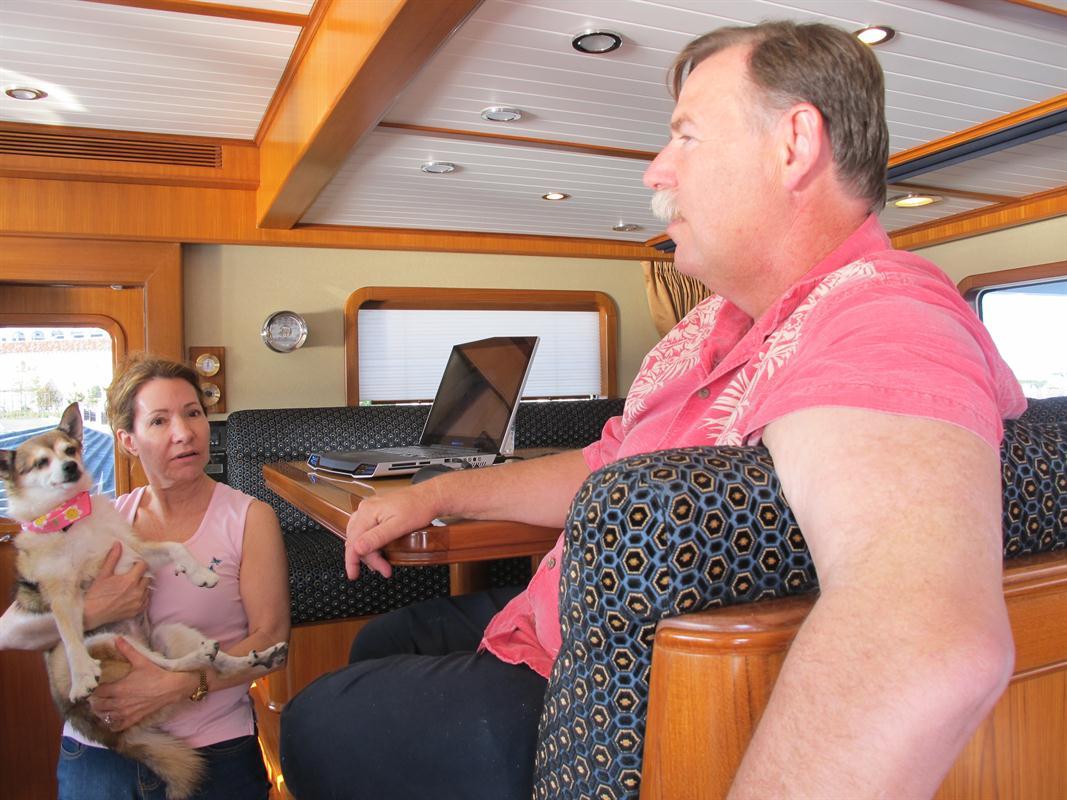 29 May Ashiya to Nagasaki

We joined our Nordhavn friends on April 13 in Ashiya, all four boats left Ashiya on April 30 to cruise the Seto Nakai (the Inland Sea) and the West Coast of Kyushu, and we parted company on May 29 in Nagasaki. My last blog entry was on May 5. There is always a conflict when traveling; do I live the experience of cruising in Japan, or do I write about it. When moving from place to place, there never seems enough time to do both. Underway I want to watch the passing landscape, and once we arrive in a new port I want to explore.

Here is a quick “catch-up” for the Month of May:

I cannot express how much we enjoyed traveling with our friends (aka the GSSR ); I don’t think that we will ever travel with a more compatible group. Ken and Roberta Williams on San Souci, Steven and Carol Argosy on Seabird, and Braun and Tina Jones on Grey Pearl are each very different from each other, but function beautifully together. We were fortunate to be able to join them for an all too brief period of time.

The GSSR boats left Hiroshima on May 10, but Don and I stayed an extra two days in order to go to the “magical” island of Miyajima for my birthday. On Miyajima we hiked up Mt. Misen in the pouring rain and then checked into the 150 year old Iwaso Ryoken and immediately headed for the onsen (the hot baths). We stayed in a hanare (a small cottage) and our “housegirl”, Chika Arita served us our kaiseki dinner and Japanese style breakfast in our room. My birthday was an unforgettable experience.

Hiking up Mt. Misen in the rain

Hiking up Mt. Misen in the rain

Temple at the top of Mt. Misen where Kobo Dashi meditated for 100 days

A room with a view

Starr left Hiroshima on May 12 and exited the Seto Nakai, passing through the narrow passage with strong currents, Kanmon Seto , which separates the islands of Honshu and Kyushu. We stopped in Moji for two nights on the way to joining the GSSR in Fukuoka, the largest city on Kyushu, and stayed at Marina Marinoa which boasts the largest ferris wheel in Japan. It rained a lot in Fukuoka, so we didn’t do a lot of exploring; instead, we did a lot of cleaning and organizing on the boat. We went into the downtown for one very wet day. Fukuoka felt like the big city that it is and we prefer small intimate towns in Japan.

We had the most fun going to a baseball game between the Fukuoka Softbank Hawks and the Osaka Hanshin Tigers. The Hanshin Tigers are the oldest baseball team in Japan and it seemed as if there were more Hanshin Tigers fans than for the home team. The Japanese are crazy about baseball; whenever we tell a Japanese person that we are from Seattle and they look at us quizzically, we simply say “Ichiro” and make like we are batting a ball; they understand immediately. A baseball game in Japan is a real cultural experience.

There was a great article in the New York Times last year about Japanese baseball.

GSSR left Fukuoka on May 15. On the way to Nagasaki, Grey Pearl had some engine problems and Starr gave “the Pearl” a tow so Braun could work on the engine while still underway. The problem was solved before we arrived at our anchorage that evening at Kawachi wan. Fortunately the seas were dead calm, perfect weather to practice towing a 65 ton boat.

We arrived at the historic stie of Dejima Wharf, the site of the Dutch Traders who were restricted to this small island in Nagasaki from 1638 Until Admiral Perry arrived in 1858 and used “gunboat diplomacy” to open Japan to the Western Powers. It was a great location, right downtown, and we could walk or take the trolly anywhere we wanted to go. Nagasaki in contrast to most other Japanese cities we have visited felt very cosmopolitan. There are many “Ganjin” in the city and a large number of people speak English. It was the clearly a place that felt very comfortable with non-Japanese.

Don and Sharry at Sofukuji

Starr traveled with the GSSR for almost 500nm and left them on May 29. Today it is June 5 and they are still in Nagasaki and will depart sometime in the next few days for Okinawa, Taiwan and Hong Kong where they will spend the winter. In the past week we have traveled to Hirado and Imari and are currently in the small fishing port of Yobuko. I will tell you all about our experiences in my next blog.