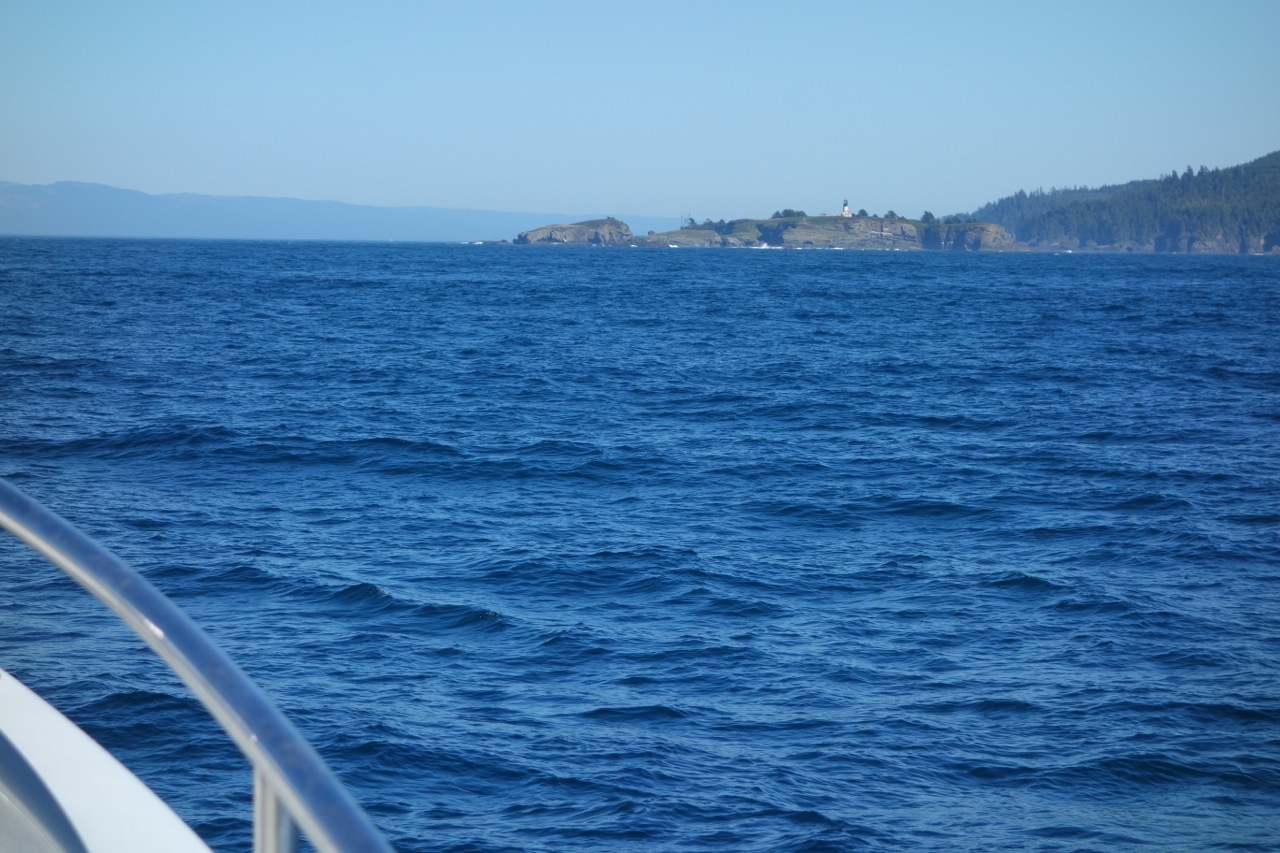 Seattle to Japan, via Hawaii, Micronesia and Guam – 8999nm

Return from Hawaii to Seattle 2459nm

We just entered the Straits of Juan De Fuca, exactly 4 years and 11 days since we departed Seattle for Japan on August 9, 2009. Today is the 14th day for this passage from Hawaii to the Pacific NW. It’s been a great voyage, but we aren’t ready for it to be over. This morning on my 0600 watch, I could see a beautiful sunrise on our bow and at the same time watch a full moon go down at our stern. We still have enough fuel left that we could turn left and make a quick run up to SE Alaska, but I think not. The water temperature is 30 degrees lower than when we left Hawaii, 55 degrees now as compared to 85 degrees in “Paradise”. Our fuel burn has been just a little over 1gal/nm, and we have only run our generators for the first two days for air conditioning. Our little 175amp Leece Neville Main Engine Alternator has easily handled all the boat electrical needs including the washer and dryer (with the help of the Victron Inverters and 2000 amp hours of batteries), I’m not complaining. We are fortunate that we saw a lot of debris, but it never was a problem. It’s been a great passage.

It’s been a boring passage, and as I’ve said many times before: “Boring is Good”. We have been very fortunate that after the first two days, we have had mostly moderate seas and winds. Yesterday was perhaps the most beautiful day on any passage we have made, so far. I wake up in the morning to a day that is calm, and sunny, the sky is blue, and the ocean swells look like little mounds of reflective glass.

A Sea of Glass

As dusk falls, the sea becomes a mirror for the light of a full moon. The whole world is incredibly beautiful, and I am feeling the peace that comes from a successful ocean passage.

Our first sign of “homecoming” is the sighting of the pale blue line of mountains on Vancouver Island, which grow taller and taller as we approach the entrance to the Straits of Juan de Fuca. We haven’t seen real mountains for a while. Just before our arrival at Tatoosh Island, a pod of large ocean dolphins rush to welcome us, playing off our bow, moving back along our hull to surf in the bow waves, and then to the stern to play in our wake before heading off to their next adventure. I am startled to see seaweed floating in the water and realize that this is a part of the ocean that I have been missing; and missing the smell of the salt water, which was absent in Hawaii and Japan. This heady, pungent perfume is also a part of our welcome home to the most beautiful cruising grounds in the World, the Pacific Northwest.