Additional response from friends to 3/11 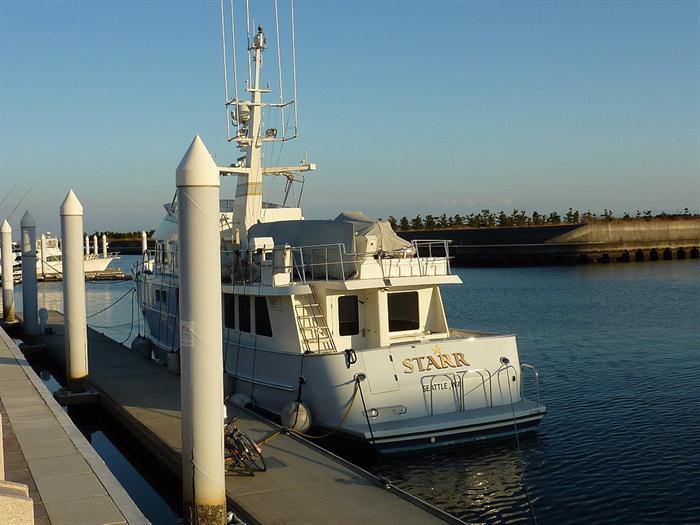 18 Mar Additional response from friends to 3/11

Posted at 00:00h in Blog, Japan by Don and Sharry 0 Comments
Additional response from friends to 3/11:

(Please note recommendation for donations to relief effort below in red)

From a friend in Kobe, who checked our boat immediately after the earthquake/tsunami:

“Thank you very much for your kind email.

In Kobe, there was a slight low frequency earthquake but I could not feel it.

Also there was Tsunami in Osaka bay but the height was 30cm.

I checked my boats and “Starr” but there was no problem.

Please see attached photo which I took on March 13 at Bellport Ashiya.

Today approximately 3000 have been found dead, and 20000 are still missing.

Also a nuclear power plant exploded in Fukushima and a very small amount of radioactivity was already measured in Tokyo.

We are deeply grateful that US Navy and the rescue team immediately arrived to help the people in disaster.

We are looking forward to seeing you again.”

From a friend in Hiroshima:

“We (all of Japanese) are shocked this time huge disaster very very much.

People think about what we could do.

Also we are thankful to help from all of the world now.”

Regarding charity, I recommend here.

Also price of oil is same before disaster.

Japanese oil company is holding price this crisis as intension.

I feel western part of Japan is not change life and economic activity.

I think there is not problem you prepare to go voyage.”

A very interesting note from a friend from Friday Harbor, who is currently in New Zealand:

“We were concerned about your whereabouts when the quake struck Japan, and are relieved to know you are in Seattle. We are also relieved to know that your many friends in Japan have largely been spared from the quake’s impacts.

The past two months have been surreal. We have beenin New Zealand again at our usual places in Taupo and Ohope Beach, and life has been very normal for us. But all around us it seems like disastrous things ofdimensions that are hard to grasp are occurring.

First, as I am sure you know, a second major quake struck Christchurch in February, devastating that community. We got emails from a lot of our friends who were concerned about us, but being 600 miles away on the North Island we were not impacted other than sharing our Kiwi friends’ sense of loss for that beautiful city and all the folks who died there. The final number will be around 200. In a country of 4.5 million, that is equivalent to about 15,000 people being killed in the USA so you can understand the impact. There wasn’t much else on the news here, and it was the constant topic of conversation everywhere, all the time.

Then that huge 9.0 quake hit Japan, with the tsunami, Fukushima, and all the other impacts. It was dinner time here. The effect of the quake and especially the tsunami is much worse than what occurred in Christchurch (though the center of that city and even some of the residential suburbs are essentially destroyed because ofliquifaction of the soils made virtually all foundations shift and a lot of buildings collapsed). We had about 12 hours lead timenotice forthe tsunami, so we packed our “Go Kit”, some food,and a few other things in the car that evening and got ready to head for high ground at 6am the next morning. Our rental house here is right on the Pacific Ocean, about 200 feet from the edge of the bank, facing due North, and about 12′ above high tide elevation. The terrifying scenes of the tsunami in Japan were worrying even at this distance away, and we didn’t want to wait and watch while it rolled in here. That sounded real foolish, but we also knew we would have some idea of the dimension of the tsunami from events elsewhere and especially from up north in New Zealand.

Meanwhile we watched the various networks’ broadcasts from Japan that evening. If James Cameron or Michael Jackson had produced a disaster movie, with all the special effects they have at their command, and presented scenes like what we were watching – we would all say that it was not realistic. That could NOT really happen. Boats the size of Starr and larger were surfing across farm fields. Yet we were watching it on the television. We felt so bad for the people of Japan. We had spent a magical day in Narita on a 24-hour layover on our way to New Zealand in January, visiting the old town and the Buddhist temple in that city (built in 940). We ate lunch with the locals in a small restaurant that didn’t take credit cards, and later snacked on B-B-Q eel at another place where we all sat on woven floor mats. We were the only tourists in either place, and the people were immensely kind and solicitous to us. And now we didn’t know if they and their community were heavily damaged or spared.

The tsunami reached the north end of the North Island about 6am, and got to our area about an hour later. We did not see a noticeable rise or surge here, but it is reported that an area just 150 km west of us experienced about maximum of a 1.6 meter surge inside the harbor in the course of several waves over several hours. There was minimal damage here, mostly in several of the marinas around New Zealand and to the floating mussel farm structuresin Marlborough Sounds at the north end of the South Island. The NIWA agency here reported that ALL coastlines of New Zealand experienced some surging, mostly between a foot and five feet. Apparently,the impactwasn’t as bad here as on the California coast however.

We will be heading home to Brown Island in about ten days. We have always thought of Iron Wind as our fall back in the event the Big One strikes the Pacific Northwest. We try to keep it stocked and the water and fuel tanks full. Now we aren’t so sure. If the house falls over into the water and we live through it, and that’s all that happens,we’ll be OK on the boat. If a tsunami anything like Japan’s surges into the Strait of Juan de Fuca and through the inner waters, we aren’t so sure anymore. We’ll keep the boat ready as our firstretreat, but the option of heading for high ground on San JuanIsland is looking better all the time. We have had an emergency kit laid up at the house for years in case weget a big one.It is good for a month, as we know we will be the last in line if the Puget Sound area is heavily impacted. And we have made some additional preparations at our fire station on the island, but not nearly enough. When we get home that will be the first order ofbusiness. As well-prepared as theJapanese were, the dimensions of their disaster is beyond even their preparations. At least the Puget Sound area and the San Juansdon’t have a Satsop nuc plant lying immediately upwind from us, and Richland is 200 miles away.All that contingency planning and still…..”