A Visit to Kyoto 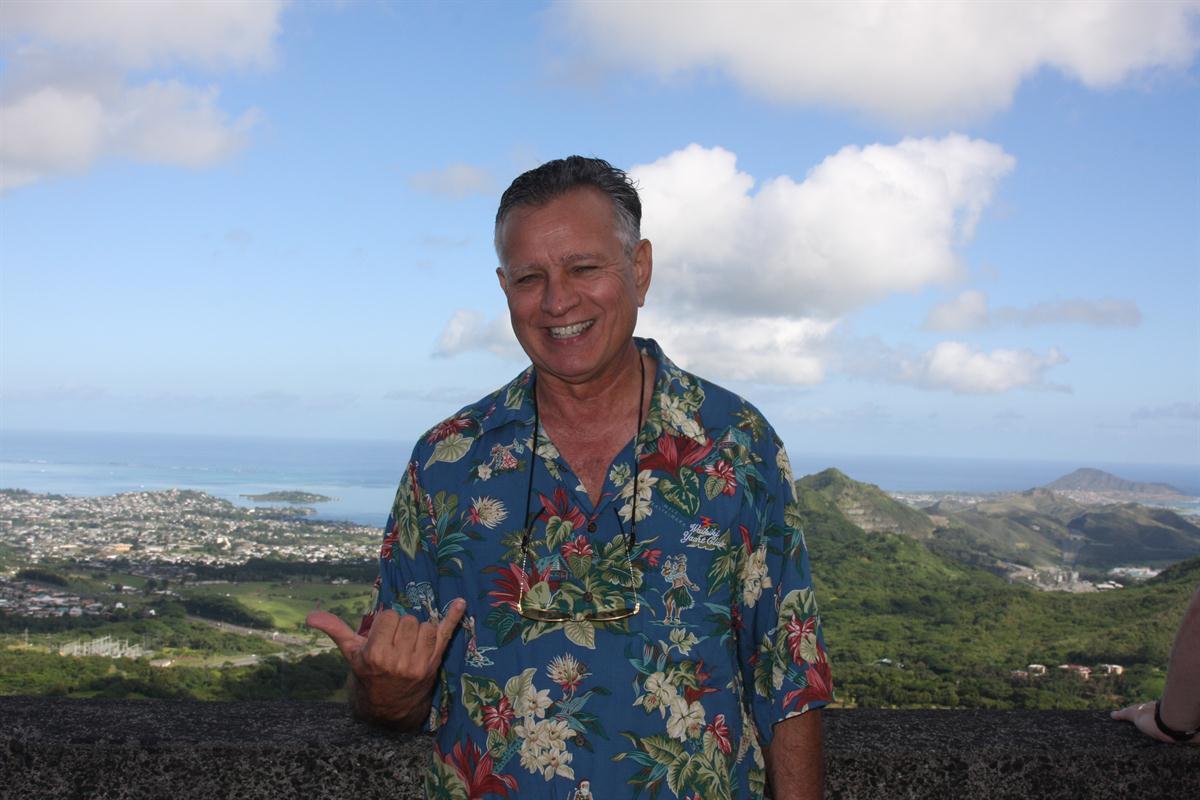 Posted at 00:00h in Blog, Japan by Don and Sharry 0 Comments
MORE FRIENDS IN JAPAN: A Visit to Kyoto with our “Personal Guides”, Keuke and Teiko Maruyama

We were introduced to Keisuke and Teiko Maruyama and their two daughters, Natsuki and Azusa, in Hawaii by our friend and Japan sensei Jack Peters. Kei is a professor at Doishisha Women’s College in Kyoto and the Maruyama family was living in Hawaii while Kei did research at the University of Hawaii.

The Maruyama family on Starr in Hawaii

We met the Maruyama family briefly, on Starr for one afternoon in late January, just before we left Hawaii for the voyage to Japan. They returned from Hawaii to their home at Lake Biwa in August and emailed us at the end of August:

“We hope this mail finds you and Don fine. Yes, we came back to our home by Lake Biwa. But we are suffering from crazy mugginess!

Our family and I want to see you two. October may be fine because you can enjoy the beautiful leaves in shrines. And we want to introduce wonderful Japanese foods in Kyoto.”

We decided to go to Kyoto on the 29-31 October, but because of Typhoon Chaba rescheduled to the 4-6 November. We were very lucky; the weather was sunny and warm and the leaves were beginning to turn to yellow and red.

Don and I took an early train into Kyoto, about a 50-60 minute ride from Ashiya, caught the hotel shuttle at Kyoto station, and left our bags at the hotel. We were just in time for lunch, and ate at at Junsei Restaurant just outside the entrance to Nanzen-ji Temple (we wanted to eat at Okutan next door, but it was closed on Thursday).

Nanzen-ji is a complex of temples with surprises to Don and I. There is a “Roman-looking” aqueduct in the temple complex; we thought that we were in Italy. We learned that shortly after the Mieji restoration in the late 19th century, a canal and aqueduct was built to deliver water to Kyoto from Lake Biwa. We had no idea.

Weather was warm and sunny; it felt like spring, but fall was present in the yellow and red leaves. Tenjuan is one of the most historically important temples of Nanzan-ji and has a beautiful garden. Tenjuan was originally built in 1267 as the villa of a retired Emperor and later converted into a Zen temple. The garden was quiet, peaceful and uncrowded.

The Hojo Garden (living quarters of the master priest) of Nanzenji is a peaceful dry garden in front of a long porch. The garden was named “Toranoko-watashi” (young tigers crossing water) after the shape of the big rocks. I have to admit I didn’t see any tigers in the garden, but there were many tigers painted on the sliding doors in the interior of the Hojo. (We were requested to not take photos of the paintings).

In the garden of a small temple, Saisho-in, there was a poem describing the place.

From Nanzan-ji we wandered north to Eikando Zenrin-ji Temple, known for its yellow and red leaves in the fall. We were a little early, but the leaves were rapidly turning.

As we were leaving Eikando we noticed the Temple kindergarden; parents were picking up their small children and the kindergarden buses were very cute.

From Eikando we walked the Tetsugaku-No-Michi, the “Path of the Philosophers” to Ginkaku-ji, the Temple of the Silver Pavilion. It’s not really silver. The 15TH century Shogun who built the pavilion never quite got around to covering it with silver, so it remained in its natural state of dark weathered wood. It was very crowded, and while Kyoto is full of Gaijin Ginkaku-ji was somewhat overwhelming to Don and I, who have not seen many non-Japanese sense after leaving our GSSR friends in Nagasaki at the end of May. We were really amazed by the gardeners who were picking the weeds out of the moss with what looked like a popsicle stick with a pointed end. Amazing!

Kei and Teiko picked us up at our hotel at 1100 and drove us to downtown Kyoto to Nishiki Market, the place to see the very different foods that comprise Kyoto cuisine. Kei parked his car in a facility that basically was a “car elevator” system; Kei drove the car onto a platform that turned around so the car was facing the direction to drive out, and then the car was hoisted it to the upper levels of the building. We were told that the parking facility could hold 110 cars. These car-park buildings are quite common in the cities.

After a nabe lunch at Chiriki near Nishiki Market, we went to what is probably the most famous temple in Kyoto, Kinkaku-ji, the Temple of the Golden Pavilion. I had wanted to see this temple, because many years ago I read the novel Yuko Mishima about an acolyte who burned down this pavilion in 1950. The pavilion was rebuilt from original drawings in 1955 and, once again, covered in gold foil. It was “high season” and the temple was extremely crowded with Gaijin tourists, Japanese tourists and children who take field trips in the Fall to important Japanese sites.

Kei, Teiko & Don at the entrance to Kinkaku-ji

We moved on to Daitoku-ji, described by The Lonely Planet as “a separate world within Kyoto – a collection of Zen temples, raked gravel gardens and wandering lanes. It is one of the most rewarding destinations in this part of the city (Central Kyoto), particularly for those with an interest in Japanese gardens.” We wandered the gravel lanes and visited Ryogen-in, famous for its five gardens. The peace was welcome after the crowds we had just left. We had the temple to ourselves; everyone else must have been at Kinkaku-ji.

Our favorite place of this, our second day in Kyoto, was the famous teahouse known as Shoko-ken, which is part of the Koto-in temple , a sub-temple of Daitokyu-ji. This teahouse is famous for its bamboo-lined approach and for the maple trees in its main garden. It was built by Taaoki Hosokawa (1563-1645), one of the most famous warriors (and survivors) of the wars that established the Tokogawa shogunate. Later in his life he devoted himself to the study of Zen under the famous Daitoku-ji abbot, Seigan, and was also a disciple of the famous tea master, Sen Rikyu (1521-1594).

Saturday night we walked in Gion, and saw two Maiko (apprentice geisha), as we headed to the restaurant Kei and Teiko had chosen for dinner. At Gion Yata we ate many small dishes of delicious Kyoto cuisine: omelet roll, vegetables tempura with small fish, dried wheat gluten on the portable cooking stove, assorted seasonal sliced fish, squid preserved in salted entrails, and sea bream miso, all washed down with good sake. We finished this delicious meal with mattcha (green tea) ice cream. The meal was different from anything we had eaten in Japan and the company was even better than the “suburashii” (wonderful) food. We all headed home together on the subway, Kei and Teiko to the JR station to return home to Lake Biwa; and Don and I to our hotel in Northern Higashiyama. We had a marvelous day together wlaking, talking, eating and laughing; and we were looking forward to spending Saturday touring Lake Biwa and Mt. Heizan.

Kei and Teiko in Gion

It was an awesome experience to walk the length of this 120-meter building, past 500 life-size statues, iside by side and in neat rows, carved of cypress and painted gold, the giant Kannon in the center, and then walk past 500 more. Statues of the Thunder God and the Wind God placed on cloud shaped pedestals are at each corner (important deities who controled the rain and wind and brought about good harvests); and 28 guardian deities who protect the Kannon stand in a straight line across the front. I felt as if I was in a very ancient and sacred place.

No photos were allowed in the building.

We then drove to Mt. Hiezan and Enryakuji, a World Cultural Site.

As the brochure states:

“The holy mother mountain, Mt. Hiei, radiates its rays of light beyond its ancient history of 1200 years as a treasure of the world”.

Enryaku-ji was founded in 788 and at its height of power included 3000 buildings and an army of thousands of warrior monks. In 1571 Oda Nobunaga saw Enryakuji as a threat to his attempts to unify Japan, and he destroyed the temples and killed all of the monks. Today there are only three pagodas and 120 minor temples remaining.

After two days of temples in Kyoto, “only” these few pagodas and temples was plenty. The site was beautiful and we wandered on paths, climbed steep stairways, viewed temples and enjoyed the “yellow and red leaves”.

Domo Arigato Gonzaimasu Keisuke san and Teiko san for a wonderful experience. We look forward to spending more time with you before we leave Japan.