A Small Town of "Sea People" and Our New Friend 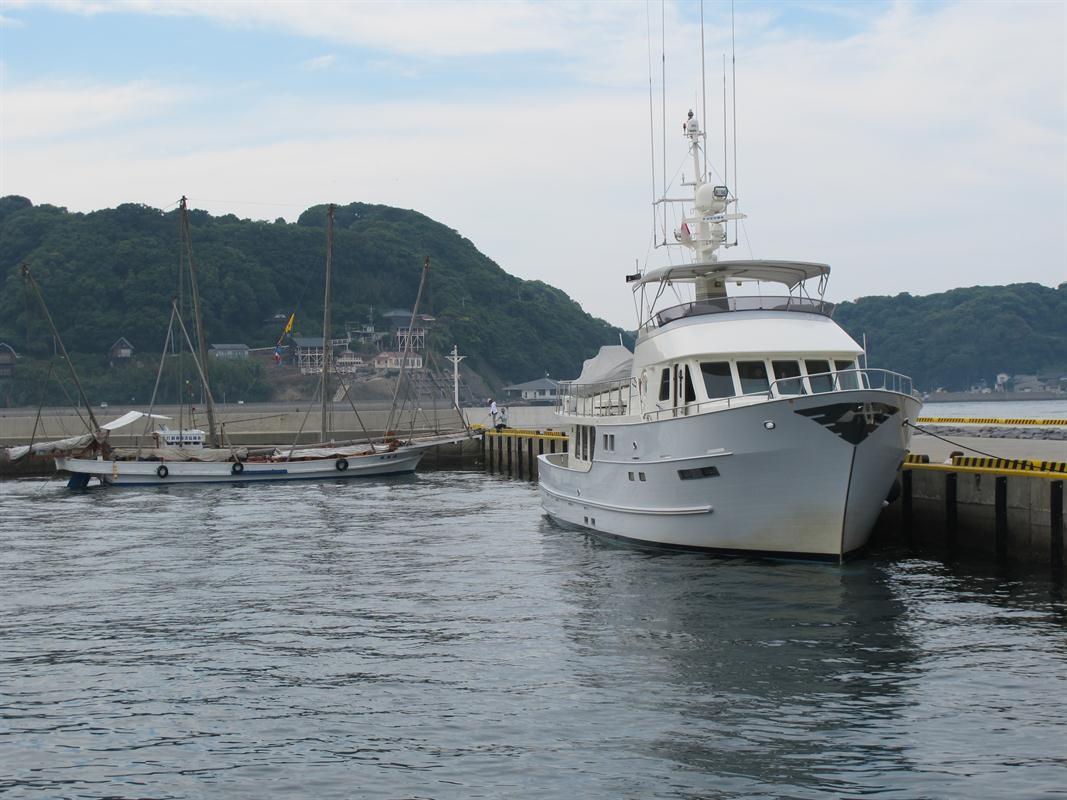 A Small Town of “Sea People” and Our New Friend

After leaving the GSSR group in Nagasaki we began to seek out small towns and fishing ports to visit. I have already talked about Hirado, which was our first stop in a small fishing town, and Yobuko was our second. The Lonely Planet Japan Guide describes Yobuko: “This quaint dwindling fishing port has a wonderful morning market for fish and produce, but the main action is over by 8am. A series of wooden ryokan. . . lines a narrow lane alongside the waterfront; rooms look out onto the bay, where nightly you can watch the flickering lights of the departing fishing boats heading out to sea. Local delicacies include squid sashimi and tempura.” We had seen enough of the big cities; Kobe, Osaka, Hiroshima, Fukuoka, Nagasaki and we were ready and eager to find parts of Japan where people’s lives were less affected by the hectic pace of the big city. We loved Yobuku so much that we stayed for five days.

We arrived in Yobuko from Imari in the morning, and tied up in the large fishing basin.

In contrast to most other towns we had visited, there didn’t seen to be any restaurants where the local people would eat, but only one restaurant adjacent to the fishing basin which closed at 7pm, or in the ryokan hotels. All of the restaurants seemed to serve only Ika (squid), which is eaten raw as sashimi, still moving with big eyes looking at you, and after the body is eaten the head and tentacles are taken back to the kitchen and returned to the table minutes later as squid tempura. It was sweet and delicious.

We made many friends in Yobuko , #1 was Junichiro Taniguchi (see Don’s story “Splicing an Anchor Cable in Yobuko).

As in many other small ports where we tied Starr in the fishing harbor, many people wandered by to look. Our first night we noticed a young couple standing on the dock and went outside to say “hello”. Sometimes we meet people and there is an immediate connection. Mikiko and Yoshikazu were full of energy and curiosity and whatever that intangible quality is that caused us to have that very special connection. We invited them on board and talked for a very short time and before they left they gave us a very delicious cake that they had in their car. They had an hour drive back to Saga city and said that they might come back on Saturday.

On our second day in Yobuko, Taniguchi san took us for a tour of the area. First we visited Tajima Shrine, a very old Shinto shrine for seafarers.

Tashima Shrine, steps from the sea (before bridges and roads one approached the shrine from the sea)

Then we went to Nagoya-jo Castle museum and ruins. Nagoya-jo was built as a military base about 400 years ago when Lord Toyotomi Hideoshi gathered troops to invade Korea and China after unifying Japan. In the afternoon we went to Karatsu city and drove through the famous pine forest (Nijiinomatsubara); and to the top of the small mountain, Kagagi yama, where we could see a beautiful overview of the city. We finished our tour with a visit to a Meiji era residence of Takatori Koreyoshi (1850-1927), a wealthy coal merchant. While the residence is typical of the era of Japanese style homes with western rooms, it has the unique feature in including a Noh stage. The architecture and garden were beautiful.

We had a wonderful day; by the time we returned to Yobuko we had become good friends with Taniguchi san.